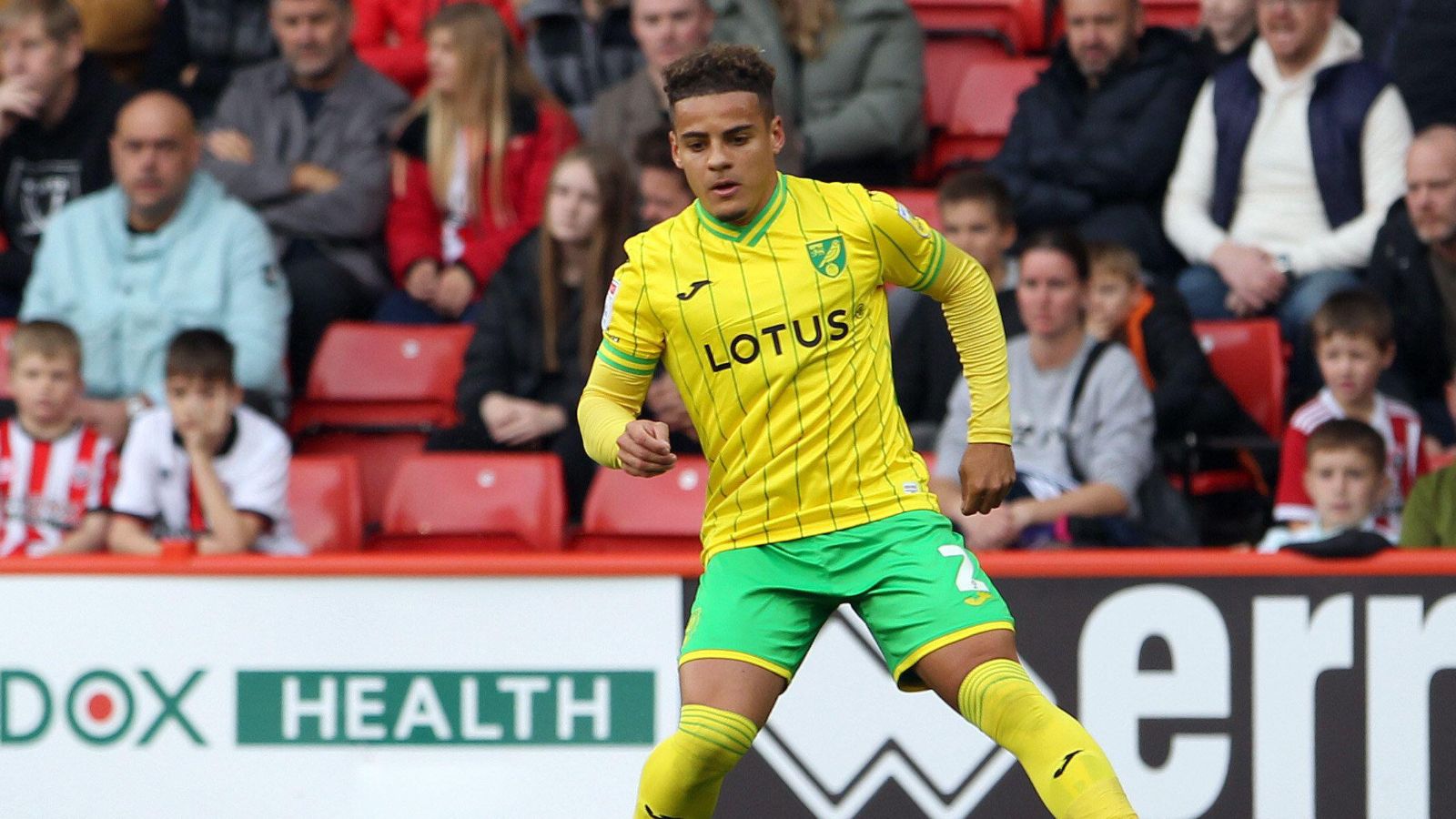 A move to Erik ten Hag’s Man Utd would reportedly be a transfer that Norwich City and England U21 defender Max Aarons “couldn’t turn down”.

It feels like the 22-year-old should be older than he is as he has been linked with a big move for as long as I can remember.

185 senior appearances for Norwich is a great tally for someone so young and it is somewhat surprising that he is still a Canaries player.

Man Utd have been among the clubs linked with Aarons in recent years and they are in the market for a new right-back to cover for Diogo Dalot.

The Portugal international has shone for United this term and Ten Hag is after a capable defender to come in and replace Aaron Wan-Bissaka, who could leave in January or next summer.

This has fuelled talk over Aarons joining United and it was reported earlier this week that they have rekindled their interest in the Englishman.

Now Pete O’Rourke has stated the obvious as he thinks a move from Norwich to Man Utd is a “no-brainer” for Aarons.

“I think it would be a no-brainer for Max Aarons if Manchester United came calling for him,” O’Rourke told GiveMeSport.

“He’s got really big aspirations and he’s been linked with a number of top clubs over the years, so I think the opportunity to go to Old Trafford would be something he couldn’t turn down.”

Aarons has not started Norwich’s last two Championship games and he is being challenged for a starting place by ex-Leeds United academy product Sam Byram.

The Athletic are reporting that Norwich ‘have no money for January signings unless players are sold to fund purchases.’

Their report states that Aarons has previously been valued at £30m but he could cost as little as £10m in January with his contract up in 2024.

“I think Max is a top player,” Smith told The Athletic.

“He knows that and I’ve told him that enough times. I spoke to him before the Stoke game [when Aarons was an unused substitute] and I could see his pain at the Sheffield United equalising goal when John Egan won a header above him, and he’s probably not been at the peak of his powers. But he will work hard to get that back.

“The hard thing for Max has always been a lot of speculation above his name for a long time and he’s dealt with it really well.

“But you’ve got to remember he’s still a young lad. He’s only ever experienced one club and only experienced a couple of managers.”