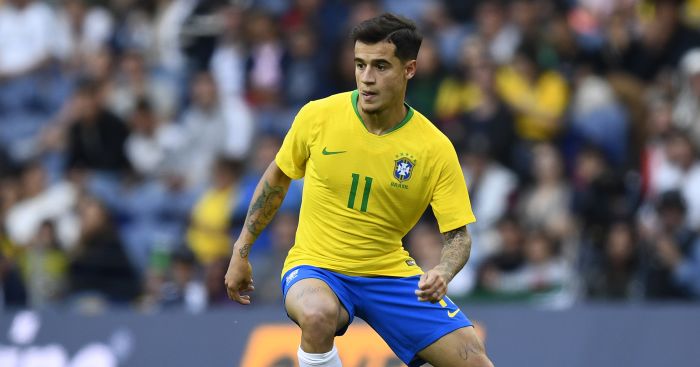 Philippe Coutinho has told his Brazil team-mates that he is ready to leave Barcelona, according to reports.

Manchester United have been strongly linked with an attempt to bring in Coutinho back to England this summer, while a move to PSG has been mooted as the most likely option.

One report earlier in March suggesting the Brazilian ‘issued a come-and-get-me plea to Manchester United’ while another report said that Barca were ‘ready to listen to offers’ for the 26-year-old.

Diario Gol claimed on Saturday that Chelsea have joined the race and will look to sign Coutinho if Eden Hazard, who is the subject of long-term interest from Real Madrid, leaves west London this summer.

And now Barcelona-based newspaper Sport claims that Coutinho has told his Brazil team-mates on international duty that he is ready to leave the Camp Nou.

The newspaper claims he told his team-mates: “I know that it is a difficult decision, but it can be the best thing for my career.”

The report adds that Coutinho will inform Barcelona of his intentions within the next month.