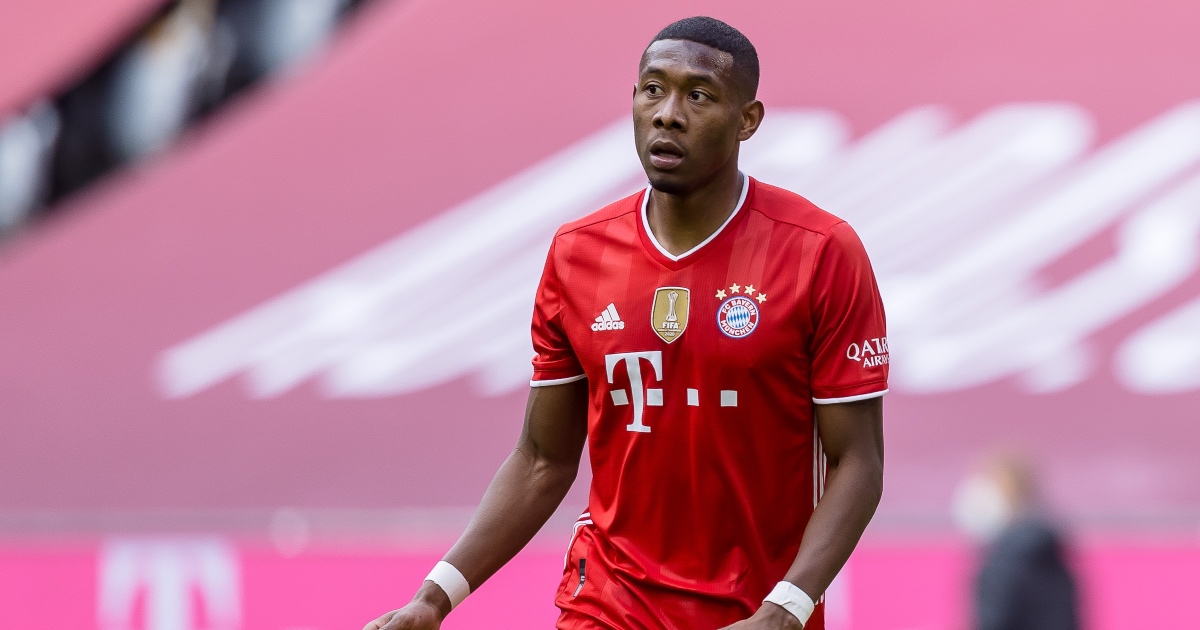 The versatile 28-year-old is available for free this summer after running down his contract in Bavaria.

Premier League sides Manchester United and Liverpool were both linked with his signature, but it seems they have lost out to Real.

OPINION: We are all hypocrites and we are all complicit…

According to Sky Sports Germany, Alaba has agreed to join Los Blancos on a five-year deal.

The transfer is expected to be announced in the coming weeks. The two parties will finalise proceedings in the mean time.

Alaba announced his desire for a fresh challenge at a press conference back in February.

He said: “I have made the decision to leave FC Bayern at the end of this season and try something new.

“It obviously wasn’t an easy decision – I’ve been here for 13 years and the club means a lot to me.”

The German giants offered multiple contracts to Alaba last year but couldn’t get a deal over the line.

Talks stalled in November, sparking rumours of a move to one of Bayern’s Champions League rivals.

Alaba was seen as an ideal solution given his experience, versatility and technical ability.

The Austrian international has won nine Bundesliga titles and two Champions League trophies during his time at the Allianz Arena.

Liverpool were also mentioned as a potential suitor. Their defence has been ruined by injuries this term, most notably to Virgil Van Dijk and Joe Gomez.

The Reds signed Ozan Kabak on loan from Schalke but it’s not yet clear whether he is a permanent solution.

The signing of Alaba means Real legend Sergio Ramos could be allowed to leave the Bernabeu.

He is yet to sign a new contract and like Alaba is available for free in June.

Speaking about Ramos earlier this week, club president Florentino Perez said: “I love him very much, but we are in a very bad situation.

“We have to be realistic. We are all in a very bad situation right now.

“I have not said that Ramos will not continue. We are thinking about the end of this season, then we will see what happens next season.

“We are talking to many players and many are voluntarily lowering their salaries.”