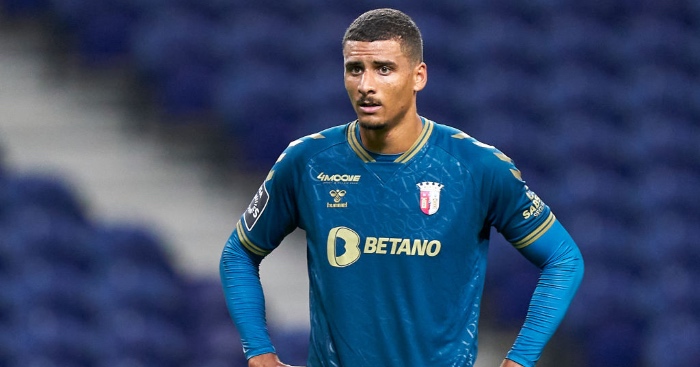 They were also under fire following the surprise loss to Istanbul Basaksehir in the Champions League.

It now looks like officials at Old Trafford have decided on a player to help solve those problems.

According to ESPN, Man Utd are monitoring Braga centre back Carmo.

The 6ft 5in centre back is a powerful defender who, like Maguire, tends to dominate in the air.

Since breaking into the first team at Braga he’s become a valuable asset in Portugal.

The defender could be brought in to provide extra competition at the back.

That might also help fellow defenders Victor Lindelof and Eric Bailly to perform at a consistently high standard.

It’s unclear right now how much Carmo would cost United, but he is contracted to Braga until 2025.

That means it’ll likely take an enticing offer to bring him to Manchester.

Carmo has already made eight appearances for the Portuguese side this campaign.

He has experience in Europe too, as three of those games have been in the Europa League.

Carmo first appeared last season and is now one of the most valuable players in the Braga setup.

He could emerge as a far cheaper alternative to RB Leipzig’s Dayot Upamecano.

The Frenchman is closely linked with United as a result of their prolonged search for a new centre back.

A host of Europe’s elite clubs will also be interested, however.

Most of the United team is currently away on international duty. Their first game back after the international break is against winless West Brom in the Premier League.