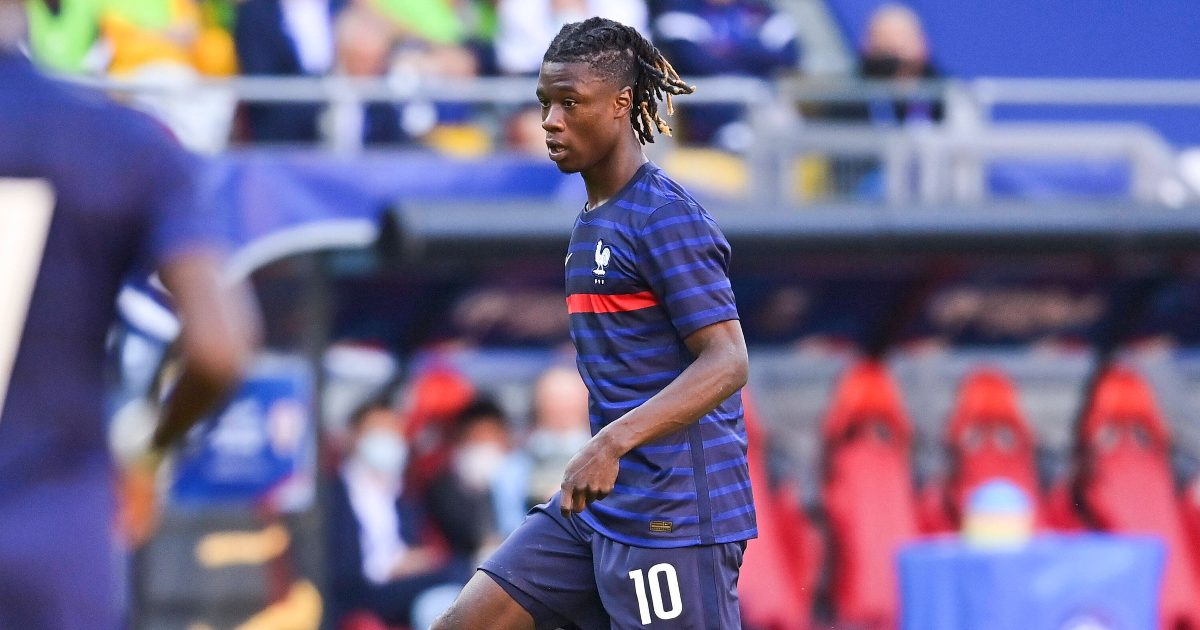 New Real Madrid signing Eduardo Camavinga has revealed that he did not have to think about accepting their offer, despite summer interest from Man Utd.

Man Utd have had a busy summer as they have signed Jadon Sancho, Raphael Varane and Cristiano Ronaldo.

Ole Gunnar Solskjaer’s side were also linked with Camavinha earlier in the transfer window.

The Rennes midfielder ultimately joined Real Madrid in a deal for a fee in the region of €31m.

Camavinga has conducted an interview about the move, which has been cited by The Mirror. He is “very happy” to join Real Madrid:

“When I found out that I could play for Madrid and learn from the best, I did not think about it.

“I come to learn and then I have to show the coach that I am ready to enjoy playing time in the first team.

“Benzema is an idol for all French people and especially for my generation of players – we have seen him with Vinicius.

“As I said before, it is true that I am a young player. Maybe I need time to adapt, maybe not. I feel ready to play.

“As for my favourite position, they ask me a lot, but I like to play in front of the defence but I adapt to many positions.”

Elsewhere, Man Utd star Bruno Fernandes has insisted that their aims remain the same even with Ronaldo returning:

“We know that enthusiasm will be high, everyone knows Cristiano [Ronaldo] and is very happy and confident to have him back.

“Us players are part of that confidence, we know what he can give us.

“Our focus and Cristiano’s, because of what I’ve already talked to him about, is to win what there is to win.

“Our goals remain and obviously, with Cristiano, we have one more reference to help us get closer to that.”