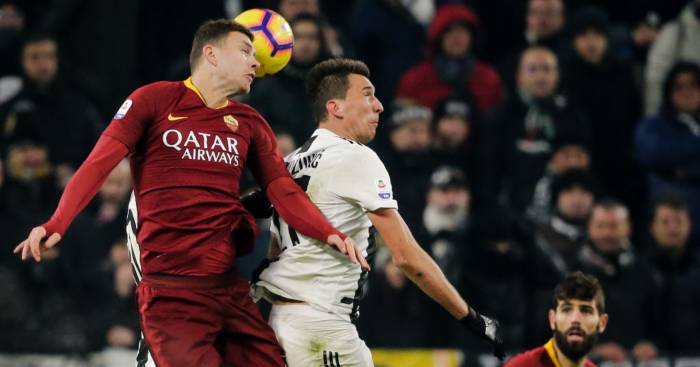 Manchester United are targeting former Manchester City striker Edin Dzeko as they look to bring in more firepower in January, according to reports.

The Bosnia international has bagged five goals in 12 Serie A appearances so far this term after a disappointing goal return in 2018/19 with just the nine league goals.

His great start to the season seems to have attracted interest from Premier League side Man Utd, who are looking to boost their attacking options after a disappointing start to the new campaign.

ESPN claims that United have identified ‘the need for experienced reinforcements’ at the top of the pitch with the club only scoring 16 Premier League goals this term.

Ole Gunnar Solskjaer ‘is determined to add a proven goalscorer’ and ‘Dzeko has moved ahead of Juventus’ Mario Mandzukic on United’s list of targets’.

Despite United ‘shelving’ a deal for Mandzukic there is still ‘tentative interest,’ presumably in case they fail with other options.

United’s executive vice-chairman Ed Woodward ‘is prepared to sanction the signing of a seasoned forward’ despite their new policy of not signing players in their early 30s.