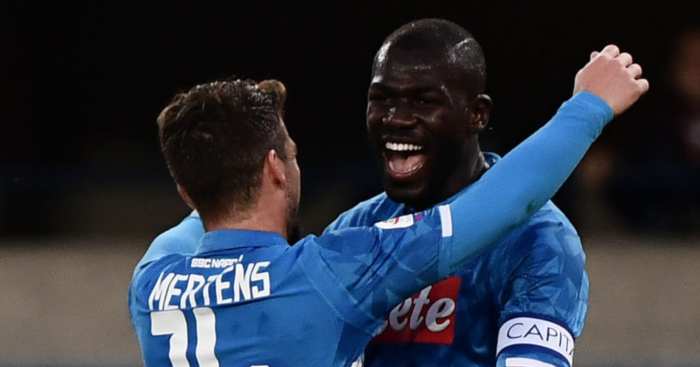 Kalidou Koulibaly has insisted that he wants to win a trophy with Napoli amid speculation that he could move to Manchester United in the summer.

United have conceded more goals than any other side in the top six of the Premier League this term and Solskjaer will be keen to strengthen his leaky defence when the transfer window opens.

Koulibaly is reportedly one of the names that the Red Devils are chasing, but it has been suggested that the Senegal international could command a world-record fee for a defender this summer, with Napoli president Aurelio de Laurentiis a notoriously tough negotiator.

Now, the Senegal international has responded to speculation, hinting that he will stay at Napoli next season if the club doesn’t win a trophy this season.

Given that they are out of the Coppa Italia and are set to finish second in Serie A, their hopes rest on overturning a 2-0 deficit against Arsenal and going on to win the Europa League.

“If I’m the strongest of them all? No, I’ve grown compared to five years ago but I still haven’t won anything,” Koulibaly told Corriere della Sera.

“You get big when you have trophies, I hope to achieve this here at Napoli. This year would be great and we will try, otherwise next season it is.

“I’m a Napoli player and I will give one hundred per cent to win something with this shirt. The market is full of talk, I prefer facts, which then help us win.”

On the Europa League quarter-final against the Gunners, Koulibaly added: “Arsenal? To advance we’ll need nastiness, concentration and head. We know how to do it and we strongly believe in it, the whole city must keep up with it.

“Higuain was and remains a champion, but perhaps he made some wrong choices. Here he was a god.”