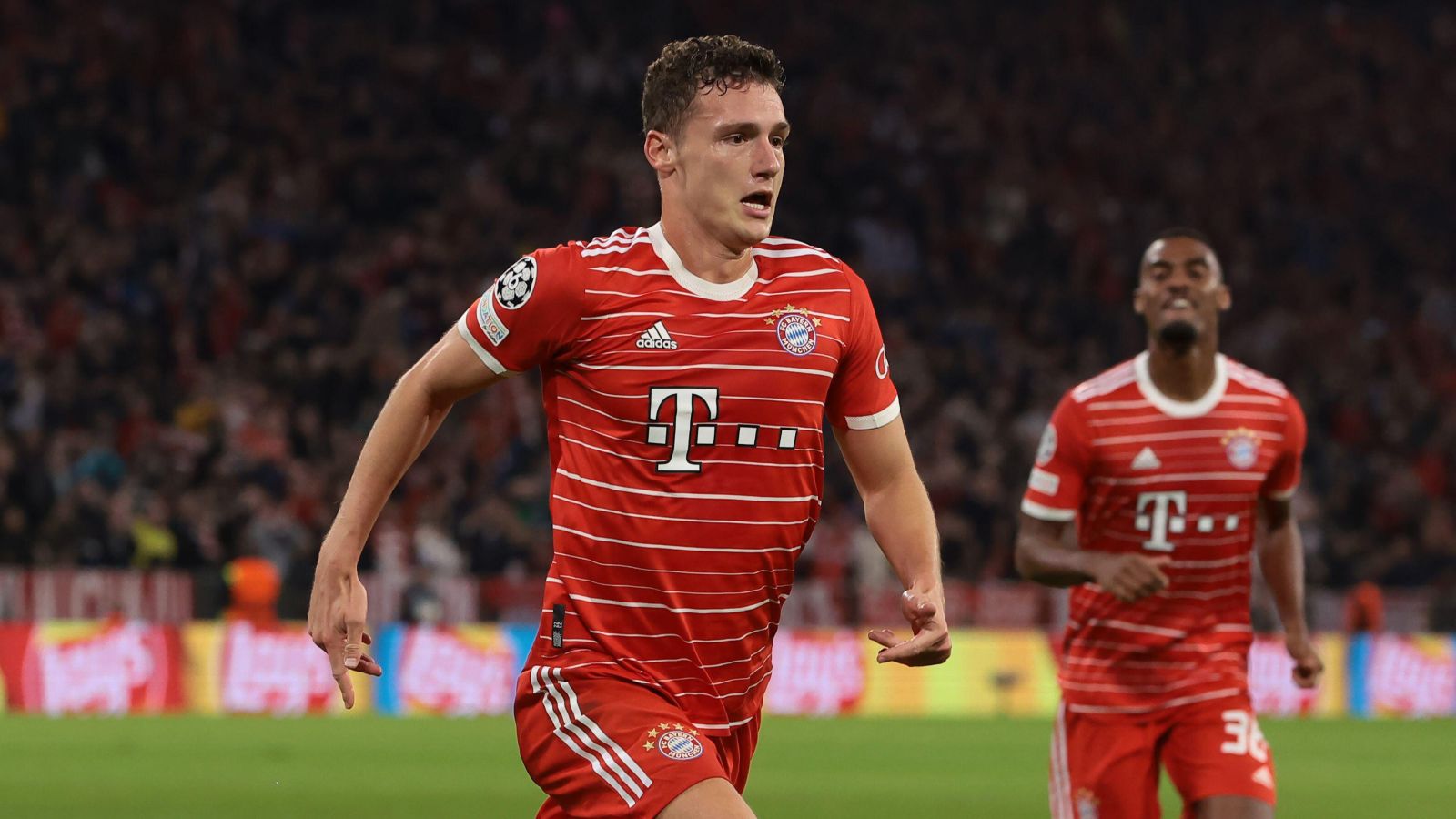 Reported Man Utd target Benjamin Pavard has admitted that “maybe now is the time” to leave Bayern Munich and he wants an “interesting sporting project”.

Pavard made a name for himself at the 2018 World Cup. He shone for France as they went all the way to win the tournament for a second time.

A year later, he signed for Bayern Munich and he has played 139 times for the Bundesliga outfit over the past few seasons.

The 26-year-old penned a five-year contract when he joined Bayern in 2019 so his current deal is due to expire in 2024.

He could have departed during the summer as he admitted in September that he “had calls from different clubs”.

“I questioned myself. I had calls from different clubs with my agent,” Pavard told Telefoot.

“Maybe one day I will go to one of these clubs, you never know what the future holds.

“I’m still at [under contract] at Bayern Munich [until 2024]. Afterwards, we have time to project ourselves.”

It was reported during the summer that Man Utd made an approach to Bayern about Pavard but this was rejected.

Now the defender has seemingly opened the door to a move elsewhere. He has indicated that he is “not against” playing for someone new.

“No, there were no specific discussions. At the moment I am focused on the World Cup, on being the best I can be in a very big club, one of the best in the world,” Pavard told L’Equipe.

“I have immense respect for Bayern, there I learned the demand for a very high level and it is an honour to wear this shirt.

“Afterwards, I have been in Germany for seven years, I have won everything with the club. I’m not against discovering a new project.

“Maybe now is the time. Why not discover a new country, a new culture? But the sports project must be interesting.”

Those cynical individuals among us may think that this is a ploy from Pavard to get himself a better contract at Bayern Munich as he has been a key player this term.

But if he is looking to leave, it will be welcome news to Erik ten Hag. The Dutchman’s priority in the coming months is for United to sign a new right-back.

Ten Hag is keen to have two viable options to choose from at right-back and left-back. He has that on one side with Luke Shaw and Tyrell Malacia.

But on the right, he is currently relying on Diogo Dalot with Aaron Wan-Bissaka not part of his plans.

The latter is set to leave United once the club recruit a replacement to compete with Dalot.