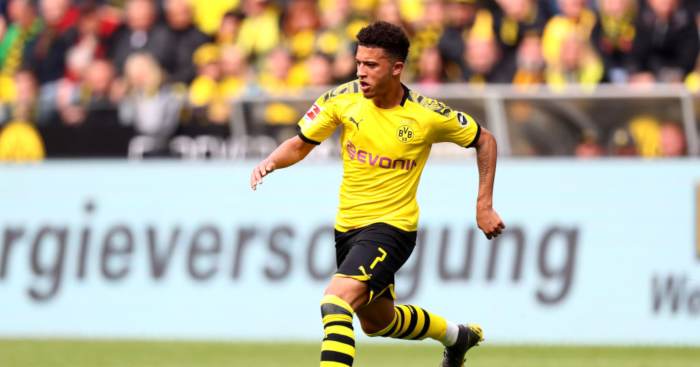 The 19-year-old England international joined the Bundesliga side from Man City for £7million in August 2017 and contributed 12 goals and 17 assists in his debut season.

He was named in the Bundesliga Team of the Year and his form drew interest from a host of top clubs across Europe, including Real Madrid and Man Utd.

It was reported that Sancho was keen on a move to Old Trafford but changed his mind as he wanted to play Champions League football.

Dortmund are aware of Sancho’s desire to return to the Premier League at some point, but also recognise that any deal has to be right for both the club and the player.

“There aren’t many 19-year-olds with such a potential,” Watzke told Ruhr Nachrichten. “He is also not a player from the region or one who would have any connection to it.

“A chief of one of the super clubs asked me back in spring if there was a chance [to sign Sancho] but I told him straight away he should forget about it and he never contacted me again,” Watzke added. “He knew I meant what I said.”

Gareth Southgate gave Sancho his fist international cap in October 2018 and he has now played six times for the three lions.