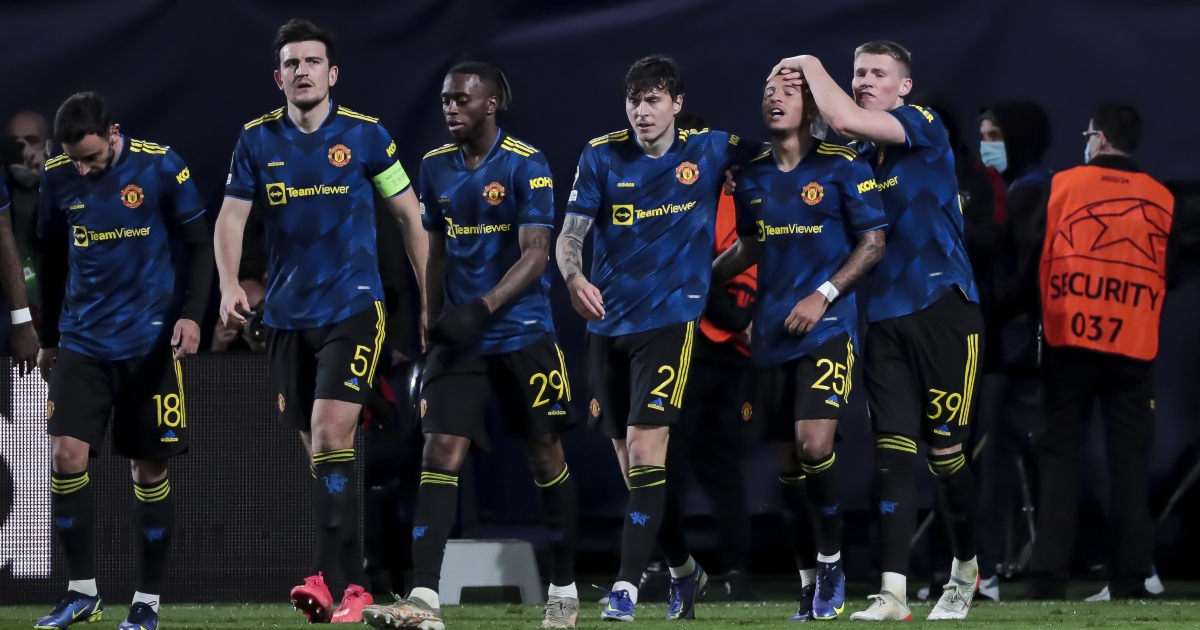 Edinson Cavani has revealed how the Man Utd squad were delighted for Jadon Sancho after he scored his first goal for the club following his “tough” start to the season.

Sancho scored his first goal for the Red Devils against Villarreal last week, before netting against Chelsea in Sunday’s 1-1 draw.

He made the long-awaited switch from Borussia Dortmund in the summer after being close to joining United last year.

The England international cost around £73million and got off to a very slow start at Old Trafford, failing to score or assist in his first 13 games for the Premier League side.

And Cavani has acknowledged the “tough period” Sancho endured before getting off the mark for United.

“We are all really happy for him scoring his first goal. I think it’s been quite a tough period for him, but football is like that,” Cavani told the club’s official website.

“When you get to a certain level of the game, I think that people are always full of expectation and there’s always a lot of chat and questions being asked about players.

“I think he just needs to keep demonstrating everything he has shown us up to now and keep working calmly and with a clear head. Because often, the only thing that can make you enjoy success and able to keep your standards high and the rest of it, is the peace of mind that hard work gives you.

“And the perseverance and discipline to be up there. That’s the only way to keep a cool head when perhaps things aren’t quite going for you.

“So, here’s hoping he can do even greater things for the club, and I personally wish him every success and hope he can go on to achieve lots more in his career and for Manchester United.”

Elsewhere, Liverpool are in “pole position” to sign the sought-after Bundesliga midfielder Denis Zakaria as he wishes to work with Jurgen Klopp, according to reports.

Gazzetta Dello Sport (as cited by Sport Witness) are reporting that the likes of Bayern Munich, Barcelona and Juventus are all interested in the midfielder.

But the report states that Liverpool are in “pole position” to sign Zakaria as he “dreams” of a move to the Premier League. It is also said that he is keen to work with Klopp.