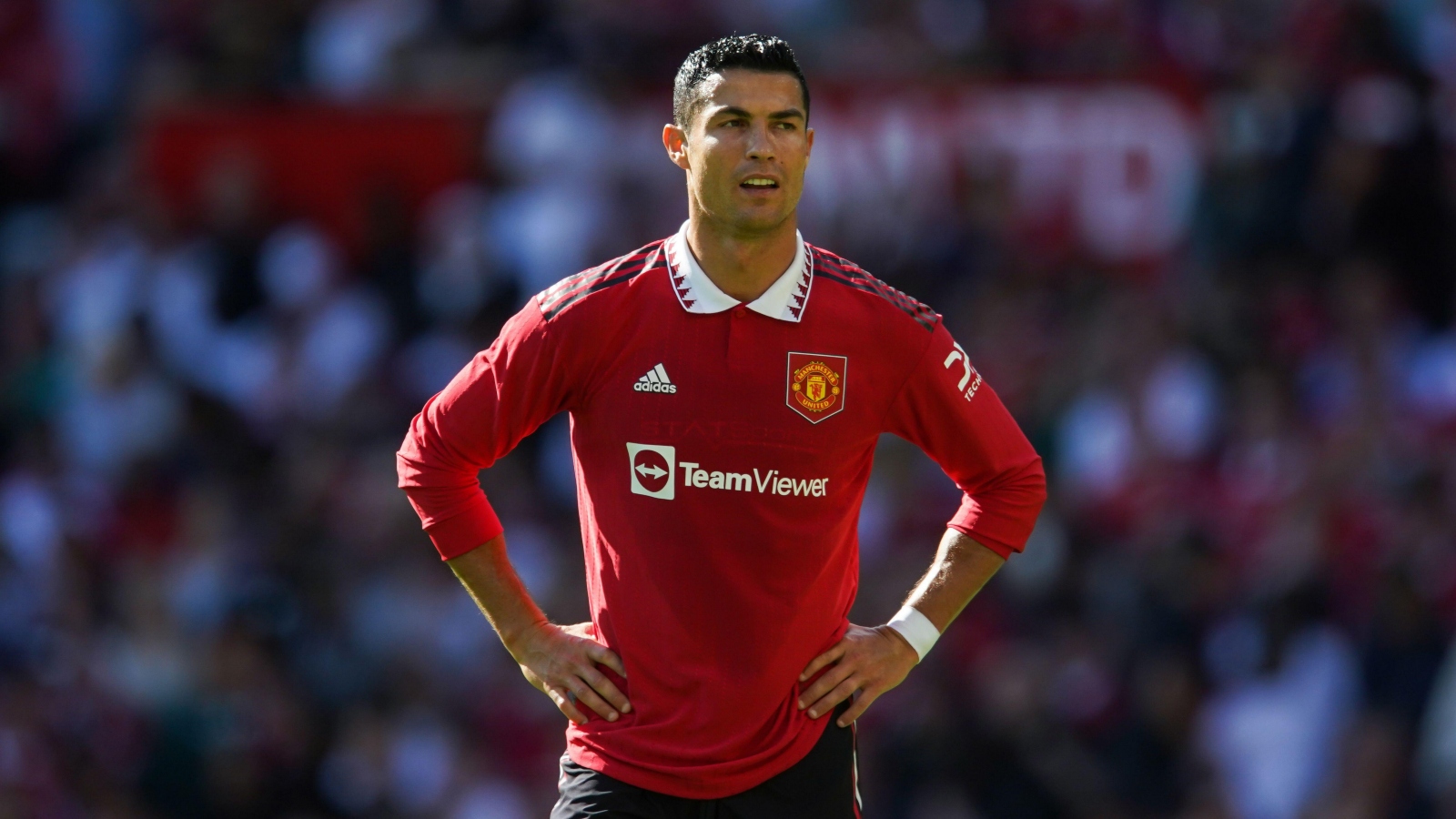 Some of Cristiano Ronaldo’s team-mates at Man Utd want to see the striker leave the club as soon as possible, according to reports.

The Portugal international requested to leave the club earlier in the summer after they failed to qualify for the Champions League.

There have also been rumours that Ronaldo was unconvinced with their early transfer business that has seen them bring in Tyrell Malacia, Christian Eriksen and Lisandro Martinez.

Despite his request for Man Utd to accept any ‘satisfactory’ offers for his services, there seems to be a lack of interest in Ronaldo with Chelsea and Atletico Madrid briefly linked.

There has been one offer from an unnamed Saudi Arabian club but Ronaldo wants to continue playing in Europe and the Champions League.

But The Sun claim that his Man Utd team-mates are ‘becoming increasingly annoyed’ at his ‘antics’ and a ‘number would prefer it if he just left rather than the current impasse between player and club go on’.

Ronaldo is bringing out a ‘growing anger’ in some of his team-mates because of his ‘stance and attitude around the club’.

A source told The Sun: ‘It is really starting to annoy a lot of players now. He does have his allies in the camp but a lot are fed up with how he is going about things.’

There is ‘resentment’ from Ronaldo towards the Man Utd owners for not allowing the club to sanction a move for the Portugal international with the 37-year-old believing he had ‘a gentleman’s agreement’ to leave if they failed to qualify for the Champions League.

Previous talks to resolve the situation have been completely unsuccessful with both Ronaldo and Man Utd maintaining the opposite stance form one another.

“Erik ten Hag needs to say to him, ‘Look, you are going nowhere. You need to knuckle down. You have a part to play here.’ He has signed a contract at the end of the day.

“Ronaldo is frustrated. That is clear.

“There are not many bigger clubs out there than Manchester United though. There is not many clubs coming in for him and that is because they cannot afford him. He is paid that well.

“I think there is going to have to be a bridge built. I think he will end up staying for the season, I really do.”