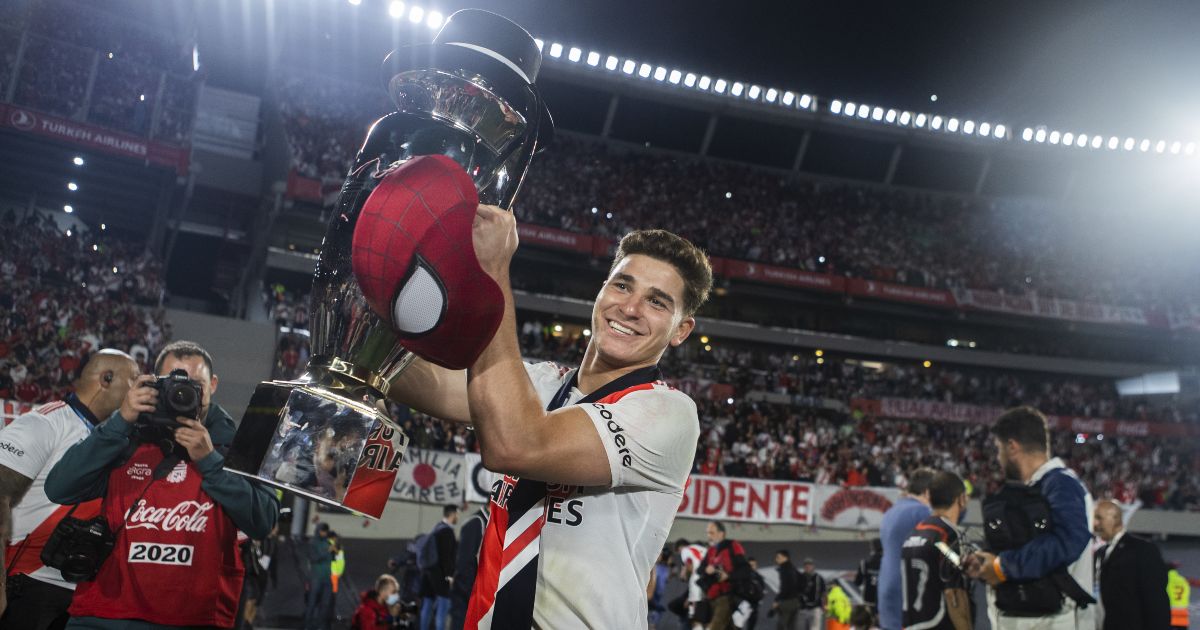 Man Utd have informed the agent of River Plate youngster Julian Alvarez that they can afford their client in January, according to reports.

He has scored a remarkable 18 goals in 21 games this season – earning himself a call-up to Argentina’s national team – so it’s little wonder that he’s being chased by numerous top clubs in Europe.

Alvarez is available on a free transfer in 12 months’ time with his contract at the Argentinian outfit coming to an end but he has a €20m (£17m) release clause that can be activated at any time.

A report in Spanish publication Sport last week claimed that his agent was flying into England to tie up a deal with Man Utd.

Since then, a report in Gazzetta dello Sport insisted that fellow Premier League side Newcastle were preparing a ‘super offer’ to tempt the 21-year-old to St James’ Park.

And now Gazzetta dello Sport are back on Wednesday to add that Man Utd have told Alvarez’s agent that the club like him ‘a lot’ and that they are ready to pay his release clause.

However, they will only purchase the River Plate striker in January if they can offload Anthony Martial, who has made it clear he wants to leave Old Trafford as soon as possible.

Man Utd interim boss Ralf Rangnick thinks Martial’s desire to leave the Premier League club is “understandable” with Sevilla and Barcelona understood to be interested in a deal for the France international.

“We spoke at length on Wednesday,” Rangnick said when revealing Martial’s desire to leave the club.