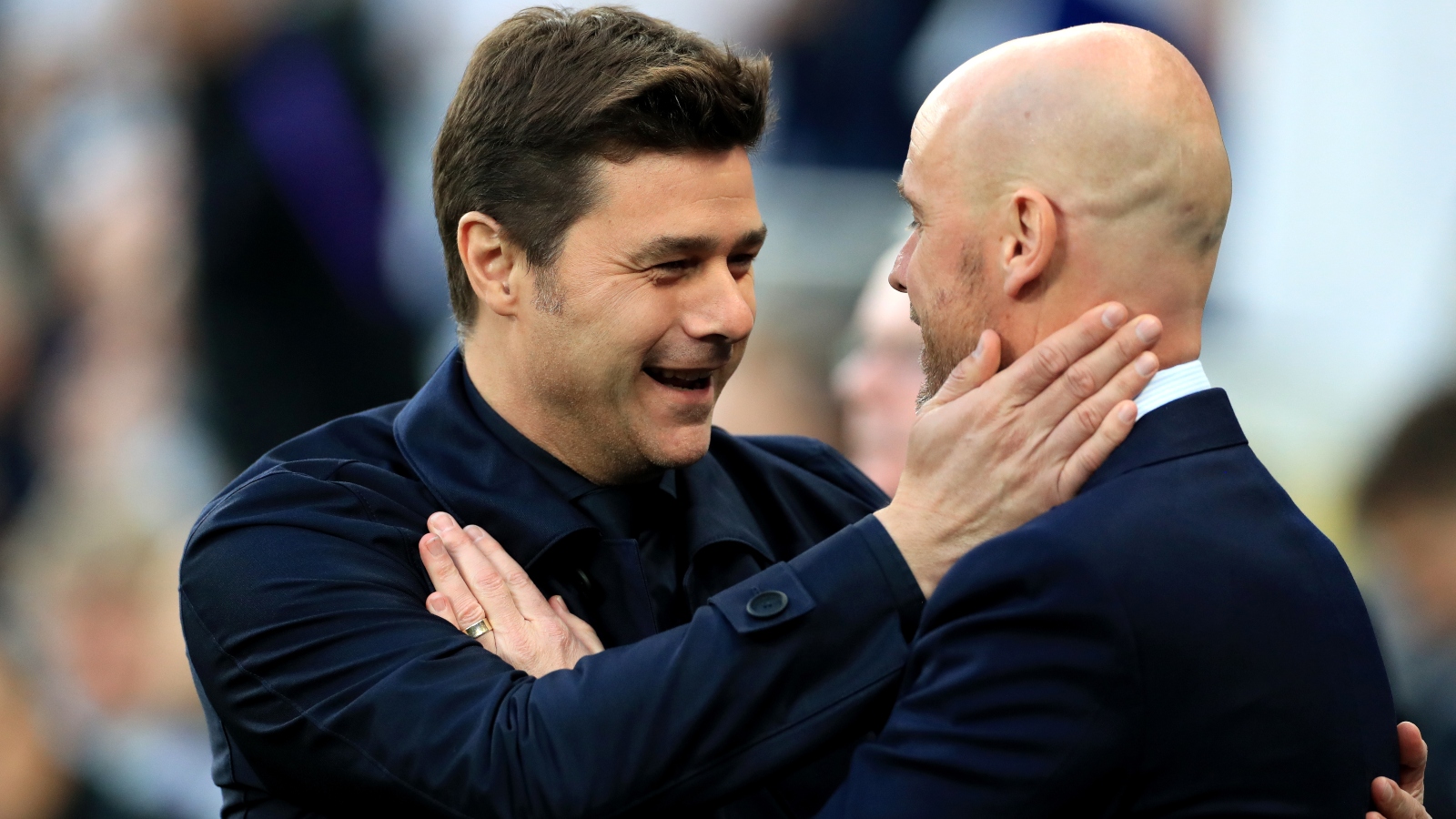 Man Utd are preparing managerial candidates for the reality of their summer transfer budget, according to reports.

The Red Devils splashed out a large amount of money in the summer to finance deals for Jadon Sancho, Cristiano Ronaldo and Raphael Varane.

And with the team failing to make progress this campaign, many Man Utd supporters will be expecting the club to finance another big splurge in the transfer market.

Paris Saint-Germain boss Mauricio Pochettino and Ajax manager Erik Ten Hag appear to be the favourites to land the manager’s job at the end of the season when Ralf Rangnick moves into a consultancy role.

But any new manager could have to work with what he’s got next season with the Red Devils hierarchy set to allow small changes to the current squad.

Football Insider claims that a source at Man Utd has informed them that the club is ‘telling the leading contenders to be their new manager that the club will be operating on a sustainable basis in this summer’s market’.

The Old Trafford board would only allow Rangnick to bring in loan signings in the January transfer window and they are ‘taking a similarly pragmatic approach to the main summer window’.

Man Utd will ‘only buy who they can comfortably afford this summer’ and there ‘will be not be the kind of £200million-plus spending spree many fans are calling for to overhaul the squad and compete with Man City and Liverpool next season’.

And they have made any potential new manager aware that ‘only tweaks to the current team’ can be expected as the Glazer family call for ‘a sensible and measured financial approach’.

Meanwhile, former Premier League striker Noel Whelan has tipped Pochettino to get the best out of Marcus Rashford if he becomes the new Man Utd manager.

“I could see Pochettino getting the best out of Rashford,” Whelan told Football Insider.

“He’s the best there is in terms of man-management, in my opinion.

“I don’t think they should be thinking about selling players too quickly. They could get a manager in place who could come in and turn these players’ futures around.

“I’m sure Rashford will be thinking no further ahead than trying to do his best out on the pitch for Man United.

“Obviously there are issues, that is highlighted every single week. It’s not just on the training ground – it’s the whole regime.

“There is lots for Man United to figure out this summer, and lots for them to get right.”