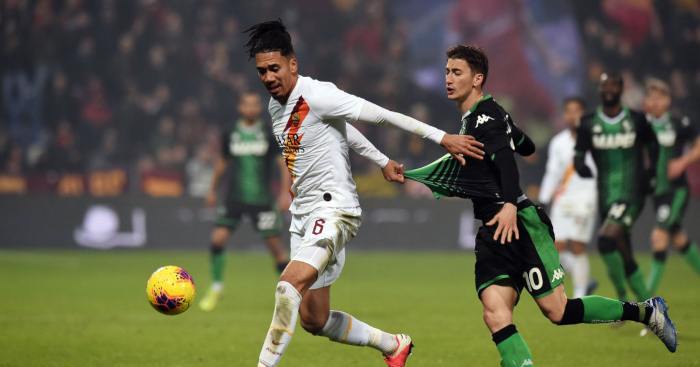 Manchester United have told Roma the asking price they want for defender Chris Smalling, according to reports.

The 30-year-old was deemed surplus to requirements by Ole Gunnar Solskjaer following the world record purchase of Harry Maguire from Leicester City in the summer transfer window.

Smalling decided to join Serie A side Roma on a season-long loan deal and has put in a number of impressive performances for the Italian side this term.

The England international has two goals and an assist in the 22 matches that he has played this term for Roma.

Reports have recently linked the centre-back with a permanent move from United to Roma with the Giallorossi impressed with his displays.

Gazzetta dello Sport (via Sport Witness) claims that, with fifth-placed Roma facing a fight to qualify for the Champions League, their failure to qualify for Europe’s biggest club competition would make a deal potentially difficult due to lowered finances.

The Red Devils want ‘no less than €18m’ for Smalling with the total cost – including his long-term contract – coming to ‘almost €40m for a player who turns 31 in November’.

Other English clubs are understood to be interested and the report adds an extra €50m from Champions League revenue would be crucial to competing for Smalling’s signature.