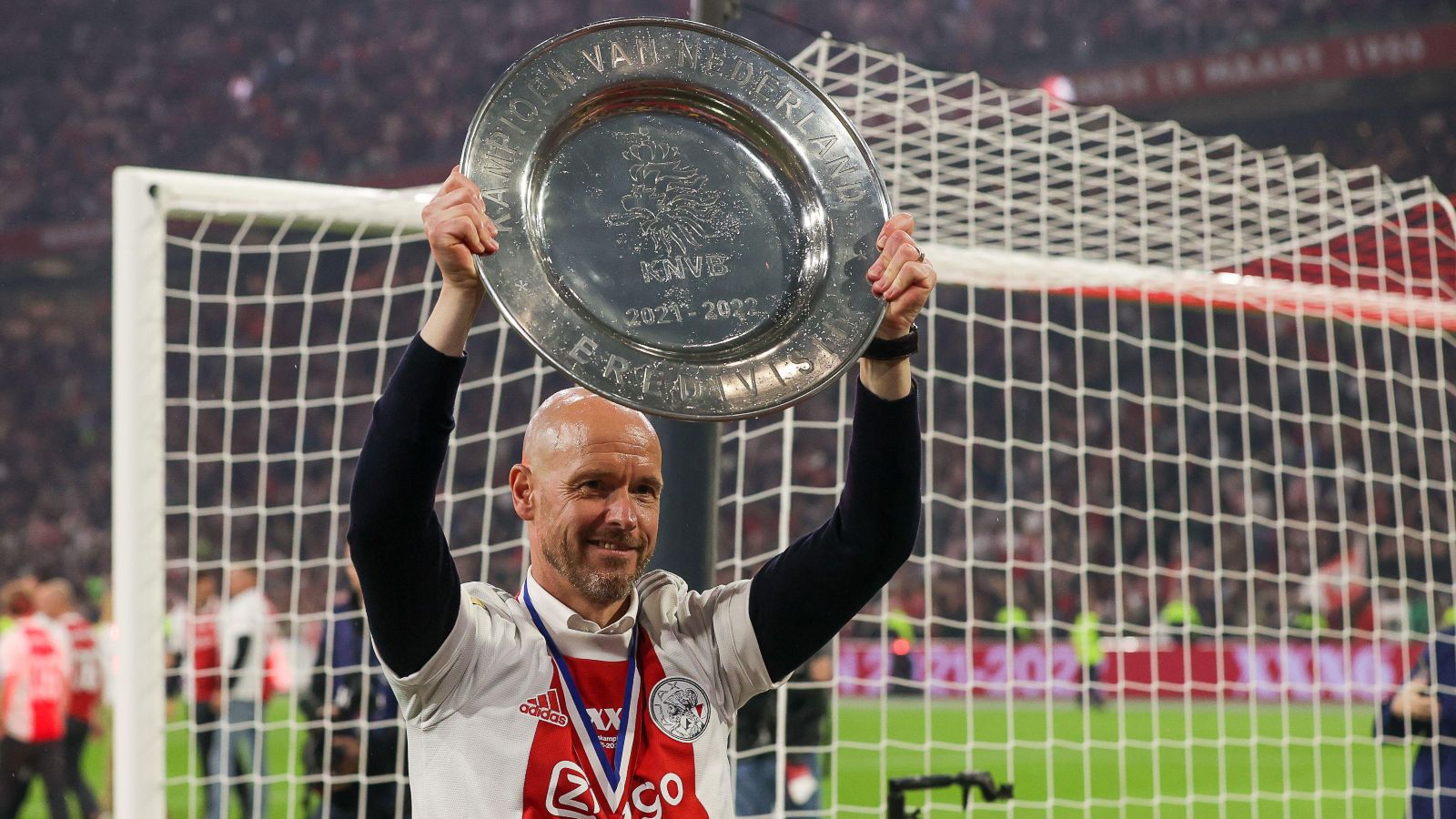 Neither player is on, or even close to being on, the Red Devils’ books but there has been speculation linking both players with moves to Old Trafford over the past year.

Ten Hag was confirmed as the new permanent manager at Man Utd last month with the Dutchman taking over from interim boss Ralf Rangnick at the end of the season.

“You can see that Antonio Conte is getting frustrated with recruitment, both adding and selling players, so if he doesn’t continue in his role as manager, then Kane doesn’t have a chance and he will definitely need to leave.

“I don’t know if he [Ten Hag] will, but if I was Man United, and I was reconstructing the squad, he would be one that I would buy.

“Another one that I would buy is Jude Bellingham. If United are serious about rebuilding the squad, go and get Bellingham and build the team around him. They won’t go wrong with him or Harry Kane.”

Erik Ten Hag not quite finished at Ajax yet but already working on @ManUtd. pic.twitter.com/XXwvvT5Trk

Former Chelsea striker Hasselbaink reckons Man Utd “need a reboot” this summer and has urged the club to “forget about the Ferguson era”.

“Ten Hag has been at big clubs,”Hasselbaink added. “He’s been at Bayern Munich [as manager of the second team] which is a really big organisation and he’s been at Ajax.

“Now, he’s going to Manchester United which is an institution. If he is given the time he will get it right and the football will be good, but there are a lot of things that need to change at Manchester United – it will not be a quick fix.

“The training ground needs updating, he needs to bring in a completely new set of players and the mentality and the philosophy of the club needs to change.

“Manchester United need to forget about the Ferguson era – you can’t play football like that anymore – they need to realise that they are not as dominant as they used to be.

“Other clubs have caught up with United. Coaching has got better, tactically clubs are better, so they need a reboot and they need to change.

“United has to change the identity of the club and it needs to run from youth level all the way to the senior team – they need a defined way of playing; they need a style.

“It has to be totally different to what is happening now because United doesn’t have an identity and the recruitment process needs to change – they need to recruit players that will fit with a new identity.”