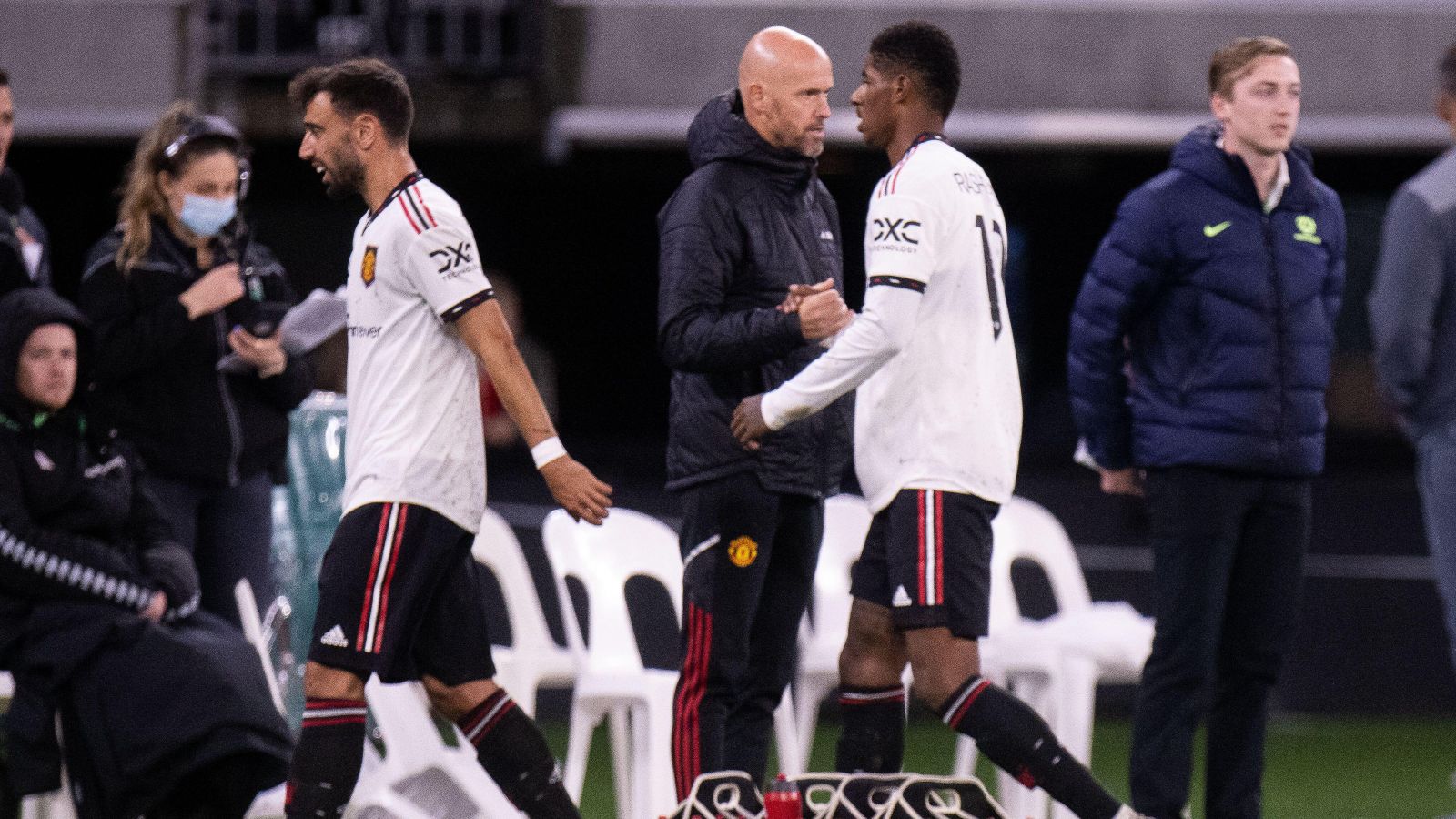 Reports in France suggest Rashford’s representatives have spoken to PSG about a switch to the Ligue 1 champions.

“He’s really important,” Ten Hag said of Rashford. “You have seen from the first day I’m here, I’m really happy with him, I don’t want to lose him.

“He’s definitely in our plans at Manchester United.”

Man Utd continue to move slowly in the transfer market themselves. Talks to bring in Adrien Rabiot are advancing but they are no closer on number one target Frenkie de Jong.

However, Man Utd boss Ten Hag said he and the board were on the same page when it comes to transfer dealings.

“I’m happy, I think we’re co-operating really well,” he said. “I cannot talk about players under contract at other clubs.”

Frustration among fans over the lack of new faces was exacerbated by last weekend’s opening home defeat to Brighton.

Ten Hag said that both Anthony Martial and Victor Lindelof will miss Saturday’s trip to Brentford.

Cristiano Ronaldo will be involved but the manager refused to be drawn on whether or not the Portugal forward will start.

“He had a good training week,” Ten Hag said. “He’s had two half-games (against Rayo Vallecano in pre-season and Brighton) and for the starting XI we will see tomorrow. I have made the decision, I keep it.”

On learning from the defeat to Brighton, Ten Hag continued: “What I always do after every game: I analyse the game, what went well, what went wrong, where can we improve, what do we have to improve, how we can train and we tell the players and show them how to improve to get solutions.

“We learned a lot but I think it’s normal, when you start the season, that part is the same, the team get together, the way we’re playing, new start and you make mistakes, football is a game of mistakes. We know we have to improve in many things, clear.”