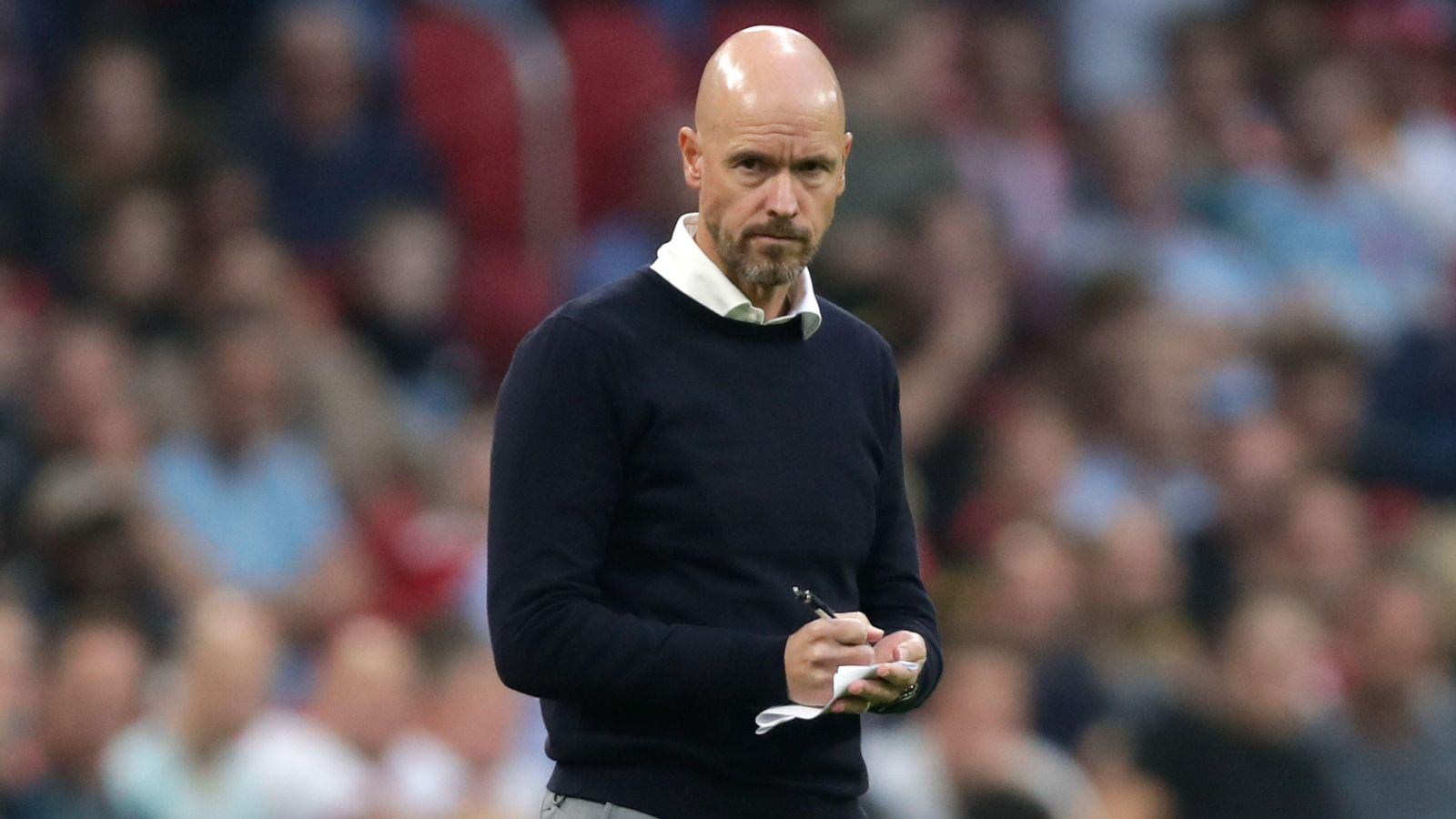 Man Utd boss Erik ten Hag will be “lucky” to get two of his transfer targets out of Ajax this summer, according to a Dutch football expert.

The Red Devils have been linked to numerous players already this summer but the club are yet to get their first signing through the door.

Widespread reports have claimed that Barcelona midfielder Frenkie de Jong is Ten Hag’s top target for the summer at Man Utd, with Ten Hag wanting the deal sorted before the beginning of their pre-season tour early next month.

Man Utd have been heavily linked with several of Ten Hag’s former players at Ajax too with Jurrien Timber, Lisandro Martinez and Antony all apparently on his list of targets.

But with Borussia Dortmund wrapping up a big deal for Sebastien Haller, it’s unlikely that Ajax will need to sell anyone else this summer, especially on the cheap.

“So many Ajax players are being linked with Ten Hag and Manchester United, and of course he can’t take them all,” Van der Kraan told talkSPORT.

“I think he’s lucky if he gets two. Why? Ajax have no need to sell any more. They’re just about to do a £38million deal to sell Sebastien Haller to Borussia Dortmund – that looks done.

“Their books have always been balanced over the last few years and they have said they want to keep their squad together. They’ll let go of one or two, Haller was the first one and the Mexican Edson Alvarez is the other one – he can go.

“Now, for every other player, they’re going to play hard-ball, so if Man United want Antony they’ll have to come up with a massive amount of cash.

“We do know here that Ten Hag has said the cash – which is available – let’s first spend it on Frenkie de Jong and if there is more possible, we’ll look then. But if they spend it now on certain players, United will have to tell him, ‘look, there’s nothing left to buy De Jong’.

“We understand that Frenkie is the man he really needs to change the style of play at Manchester United, of course he needs a new winger as well, but the price on the table for Antony has to be £50m, easily. £50m-plus if they want him.

Manchester United and Barcelona have been in direct contact today for Frenkie de Jong. Still no agreement on the fee, as Barça told Man Utd they won’t sell FdJ for less than €86m. 🚨🇳🇱 #MUFC

“Then it might be a point of consideration for Ajax. Do we let him go? For £50m, yes, maybe. But it’s a lot of money.

“Lisandro Martinez could be tempted away. He’s one of those players who would kick all the walls in if they don’t let him go. Martinez has done really well at Ajax, he’s a real fighter.

“I don’t think he would have been under the light of Ten Hag had they got Timber, but Louis van Gaal is putting his foot in the transfer policy of Manchester United and is advising players to stay where they are instead of joining United, so it’s been a bit more difficult for Ten Hag.”