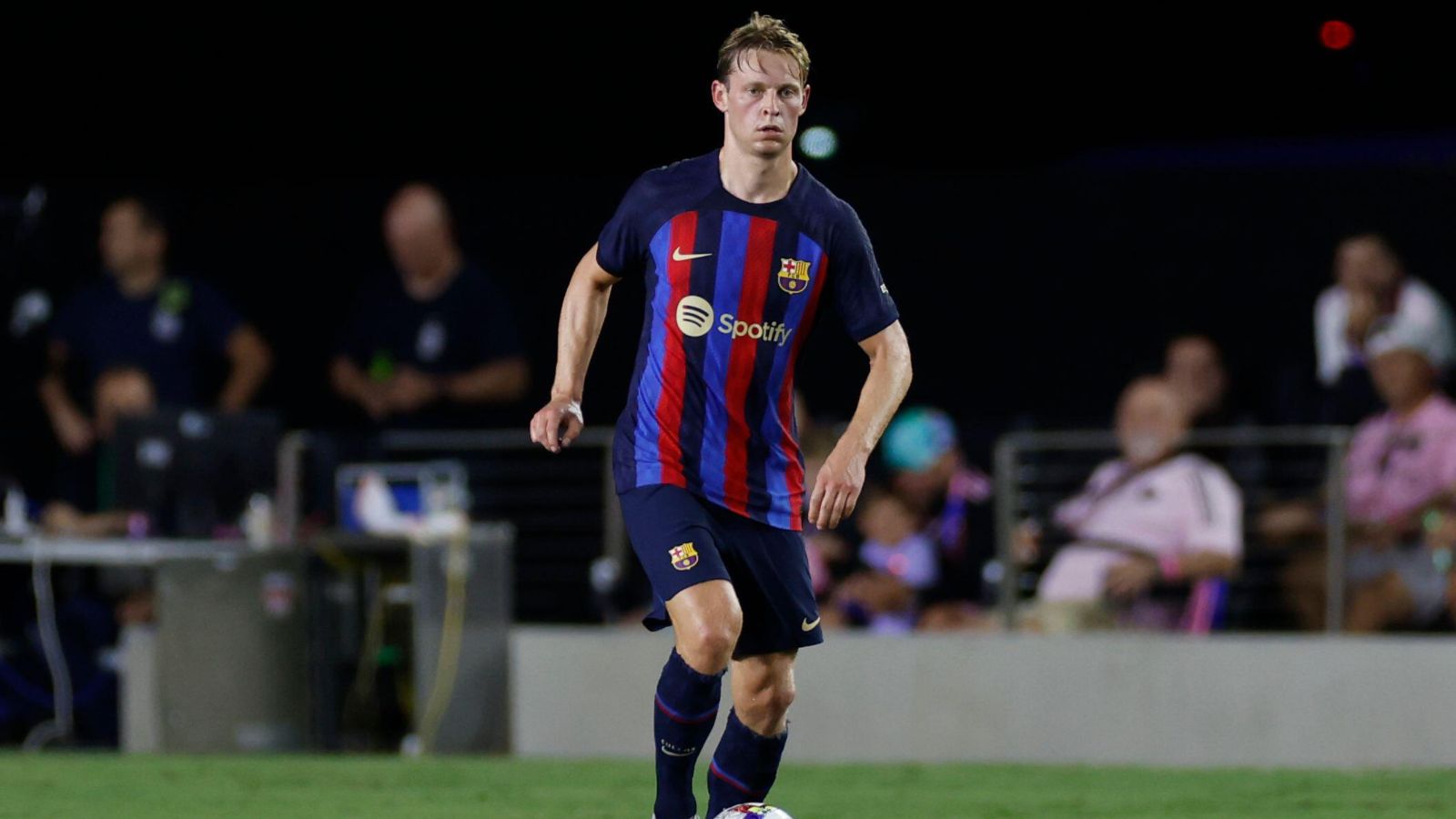 Barcelona midfielder Frenkie de Jong does not want to move to Man Utd for a number of reasons and would prefer a move to Bayern Munich, according to reports.

The Red Devils have been pursuing a deal for De Jong for a couple of months now with an €85m agreement between Man Utd and Barcelona reportedly now in place.

However, there is a lot to sort out between the player and Barcelona with De Jong reportedly keen on staying at the Camp Nou next season.

The Catalan giants also owe De Jong around £17m in deferred wages and bonuses from the height of the Covid-19 pandemic with the Netherlands international reportedly unwilling to move until that issue is resolved.

And Spanish publication Sport have the latest on De Jong’s situation with claims he ‘does not want to play for Manchester United and would prefer to go to Bayern Munich’.

The Barcelona midfielder has been turned off by the ‘erratic behavior’ at the Premier League outfit in recent years and ‘the functioning’ of the club, while he ‘does not like the city of Manchester’.

Of course their lack of Champions League football next campaign is also mooted as a big reason for De Jong rejecting Man Utd with it seen as the ‘main handicap’ for the Red Devils.

His ‘first option’ is to stay at Barcelona but he would look fondly on the possibility of joining Bayern Munich, ‘a club that aspires to everything and a city with all the attractions’.

Sport add that ‘he is not closed to assessing a transfer to Chelsea either’ with De Jong recognising that the Blues have a ‘sporting project and a structure that lives up to their sporting aspirations’.

Despite some negativity surrounding the deal with a number of pundits insisting Man Utd should move on, Sky Sports pundit Jamie Redknapp reckons he would be an “unbelievable signing” for the Red Devils.

Redknapp told Sky Sports: “I’d put him in the top two or three midfielders in the world, I think he’s an unbelievable signing.

“He went to Barcelona it didn’t quite work out, for a number of reasons, but it doesn’t mean hes not an incredible player.

“He’s young, and having worked so closely with the manager at Ajax, he’ll play just in front of the back four and he’s the sort of player that’ll make things happen and drive with the ball.

“He’s so creative with his passing, got real pace as well, I think he’s going to be an amazing signing for them. I’m really excited about that for the Premier League.”