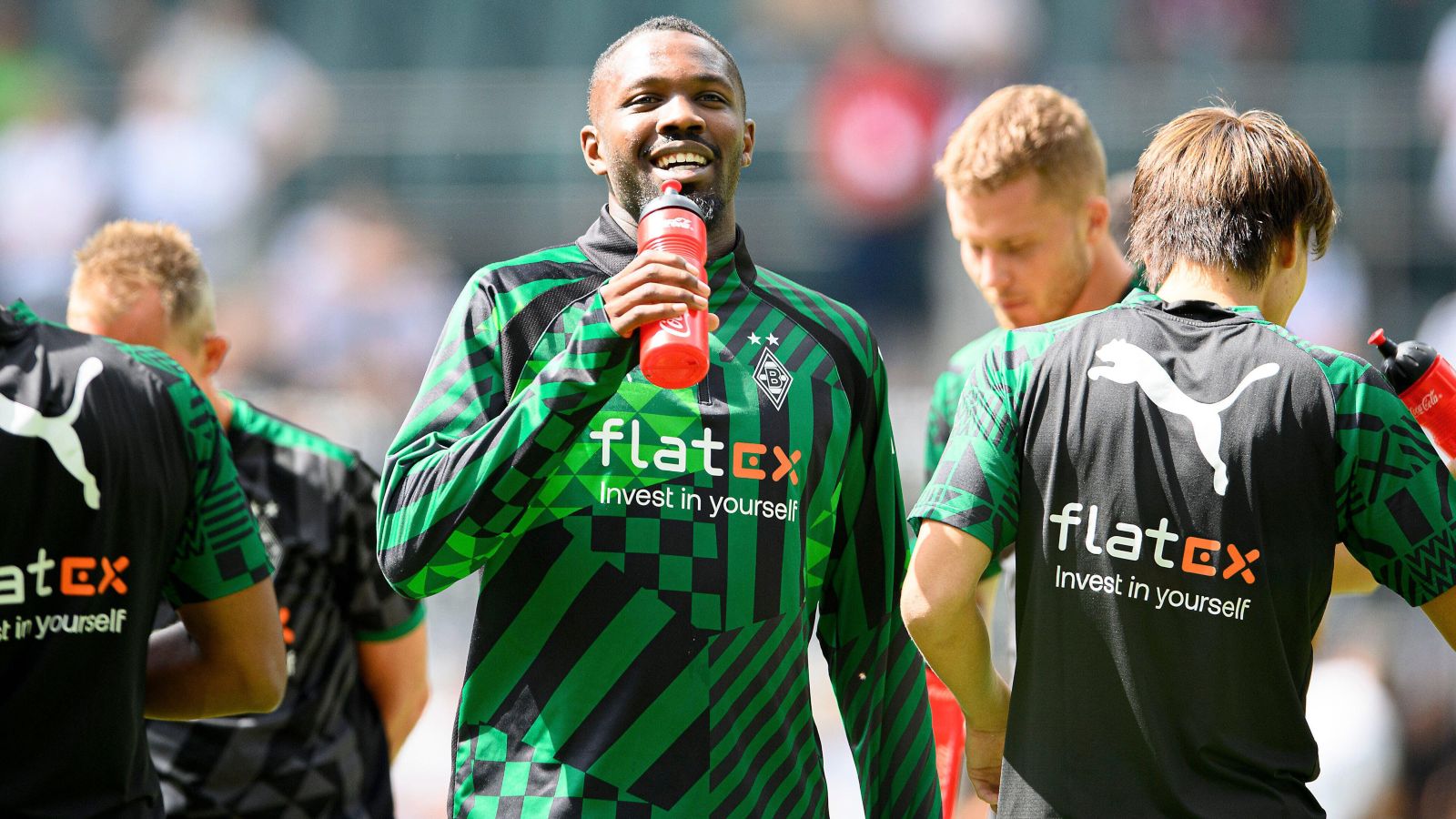 Man Utd could turn their attention to Borussia Monchengladbach forward Marcus Thuram this summer, according to reports.

The Red Devils are desperate to bring in another striker before the end of the transfer window, especially as Cristiano Ronaldo wants to leave the club in search of Champions League football.

Man Utd were criticised last week for pursuing a deal for Bologna striker Marko Arnautovic and pulled out of further negotiations for the former Stoke City and West Ham man after a fan backlash.

Erik ten Hag and his recruitment are continuing their search for a suitable option with just injury-prone Anthony Martial currently the other potential striking option after Ronaldo.

Marcus Rashford did start up front in their first outing of the campaign against Brighton, which they lost 2-1, but the England international is more suited to a wide role.

And now Media Foot claims that Gladbach forward Thuram ‘continues to arouse interest all over Europe’ with Man Utd and AC Milan ‘thinking of him’ this summer.

Thuram has scored two goals in first two Bundesliga matches of the season for Gladbach after the 25-year-old scored just three all campaign in 2021/22.

The France international, who can also play on the left wing, has one year left on his deal at the German club and Gladbach ‘could prefer to complete a departure’ this summer rather than lose him for free in a year’s time.

Man Utd are ‘in great need of recruiting this summer’ and their terrible start to the new season sees them ‘want to correct things quickly, especially in attack’.

One player who has been linked with a move away from Man Utd is Portuguese right-back Diogo Dalot, who has played 90 minutes in each of the Red Devils’ first two Premier League matches.

Despite speculation from elsewhere, Spanish newspaper Mundo Deportivo claim that Dalot is ‘not an option’ for Barcelona this summer, while the player does not currently ‘have a change of scenery in mind’.

The report adds: ‘At Barça they assure that he is not a player who is on the agenda but, in addition, the Portuguese defender does not want to leave United. His environment argues that he has the confidence of the coach, he is a starter and he is happy in Manchester. So there is no way out to play for Barca.’