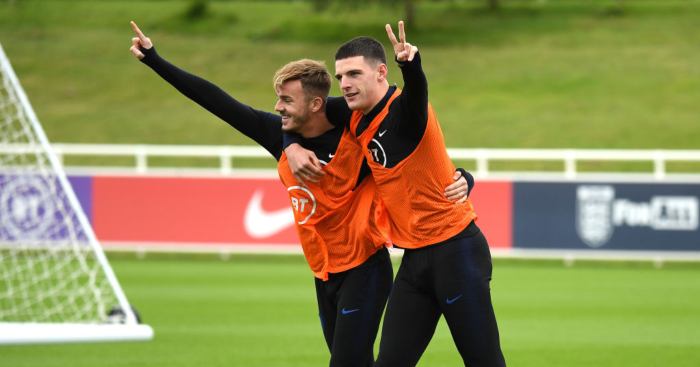 Rice has been identified as a target at Old Trafford after impressing since breaking into the first team at the London Stadium, with reports even linking him with a £70m January move.

United have also been credited with interest in Maddison for ages with reports claiming Leicester City will be looking for a fee around £70m.

And former Liverpool defender Nicol thinks that both players will be the subject of heavy interest from United this summer.

“They’ve already said and certainly Ole’s said that he’s looking to build the youth and would certainly like some home-based guys, and these two 100 per cent fit the bill.

“So I think both of these are going to be a hit in the summer, but not in January.

“So Declan Rice, I think yes, West Ham will take a large amount of money and Leicester, unless Leicester finish in the top three, I think [Maddison] will go because again, I think they will feel that they can go out with money, as they have done over the last four or five years and replace players they’ve sold with somebody else.

“I think [there will be competition for United] but I think particularly for English players the name Manchester United is still one of the best in the world, as far as British players are concerned.

“So I think the fact Man United will come in for two English guys, it would carry a lot more weight.”