The first set of Prem fixtures moved for TV have been announced. Utd and Leicester kick off the season. 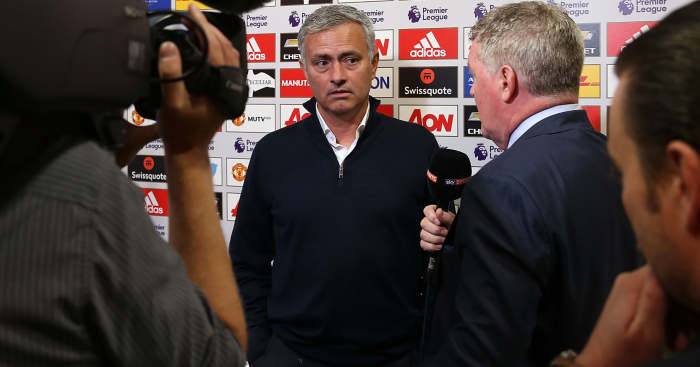 Manchester United’s home clash with Leicester will be the first game of the new Premier League season after it was moved to a Friday night for television coverage.

The 2015-16 champions’ trip to Old Trafford on August 10 will be shown on Sky Sports, which will also televise Tottenham’s lunchtime visit to Newcastle the following day.

Also on Saturday, August 11, last year’s Championship winners Wolves meet Marco Silva’s Everton in a 5.30pm kick-off that will be on BT Sport.

In the first batch of Sunday games, Liverpool take on West Ham and Arsenal host reigning champions Manchester City – both of which will be shown on Sky Sports – while Southampton’s home game against Burnley has been pushed back to that date due to the Clarets’ possible involvement in a Europa League game three days earlier.

On the second weekend of the new season, newly-promoted Cardiff’s first home game against Newcastle has been moved forward to Saturday lunchtime, while Chelsea host Arsenal in the teatime slot.

Liverpool’s trip to Crystal Palace will be the first Monday night game of the campaign on August 20, with Manchester United’s home contest against Tottenham following seven days later.

Each of Manchester City’s opening four games will be televised live as Pep Guardiola’s team begin the term with fixtures against Arsenal, Huddersfield, Wolves and Newcastle.

Liverpool fans can see their first five games against West Ham, Palace, Brighton, Leicester and Spurs live on either Sky Sports or BT, who will also show the Reds’ teatime trip to Chelsea on September 29.

Championship play-off winners Fulham will not be on TV until they host Watford on September 22 in their sixth top-flight game, while the first live coverage of Eddie Howe’s Bournemouth in the Premier League will occur on Monday, October 1 when they entertain Palace.