Home All The News Man Utd to bid ‘in coming hours’ for £64.9m midfielder 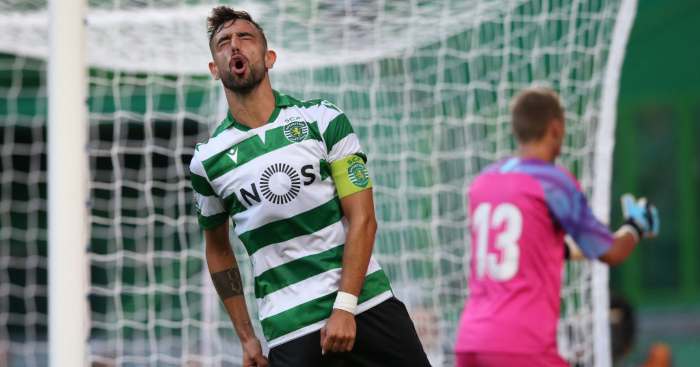 Manchester United are ready to make a concrete offer for Sporting Lisbon midfielder Bruno Fernandes, according to reports.

Tuesday’s edition of A Bola (via Sport Witness) leads with a picture of Fernandes and the headline ‘It smells like farewell’ with another headline inside saying ‘The hour of goodbye’.

The dramatic headlines are backtracked on a little in the report with Fernandes’ agent, Miguel Pinho, ‘likely’ to present United’s offer to Sporting ‘in the coming hours’.

Sporting play Benfica in the Supertaca on Sunday and the club want Fernandes to play before completing any deal, the newspaper claims: ‘the lions want their main weapon in their encounter with their eternal rival’.

The report adds that the Portugal international has told those close to him that a deal is edging closer with United the most likely destination.

Once he has represented Lisbon for the last time then he is free to complete a move to ‘Her Majesty’s lands’.

Sky Sports told us to forget all that yesterday as ‘interest is not as strong as is being suggested’ and that ‘the level of that interest is being exaggerated in Portugal’.