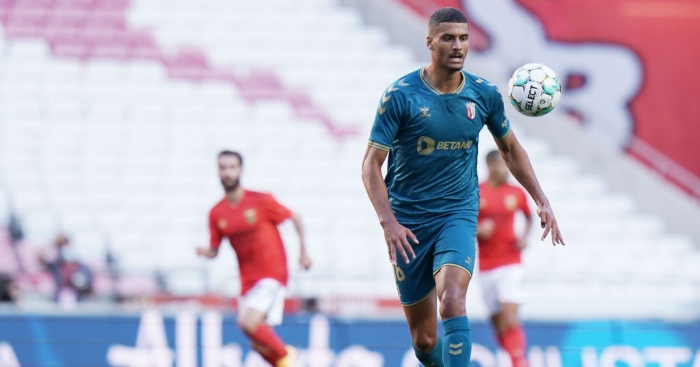 Man Utd will reportedly have to fork out £36 million if they want to sign new defensive target David Carmo.

The 21-year-old has emerged as an alternative to RB Leipzig’s Dayot Upamecano recently.

He currently plays in Portugal with Braga and is one of the most valuable defenders over there.

According to The Athletic, the Red Devils will need to pay £36 million as Carmo recently signed a new deal.

The new contract has more than doubled his release clause from £17.9 million. It’s still cheaper than what they would need to pay for other targets.

United were the first European giant to be linked with Carmo, but news spreads fast.

The report states that ten clubs from across Europe have contacted the player’s agent about a deal.

That apparently includes one of United’s top six rivals, but it doesn’t disclose which one.

Italian side Roma were the first to act on their interest in the defender.

They submitted a bid of around £15 million during the summer window but this was rejected by Braga.

Carmo has received comparisons to Liverpool centre back Virgil van Dijk since moving up to senior level.

That’s because of his physique, calm presence and ability on the ball.

Standing at 6ft 5in, the centre back is also a real threat from set pieces.

The Portuguese player is now the subject of a transfer race, of which United are at the centre.

If they fail to sign Upamecano from Germany, then Carmo would represent a good alternative.

He’s made eight appearances for Braga this campaign, and has experience playing in the Europa League.

His new contract keeps him at the club until June 2025, although United fans will be hoping that isn’t the case.