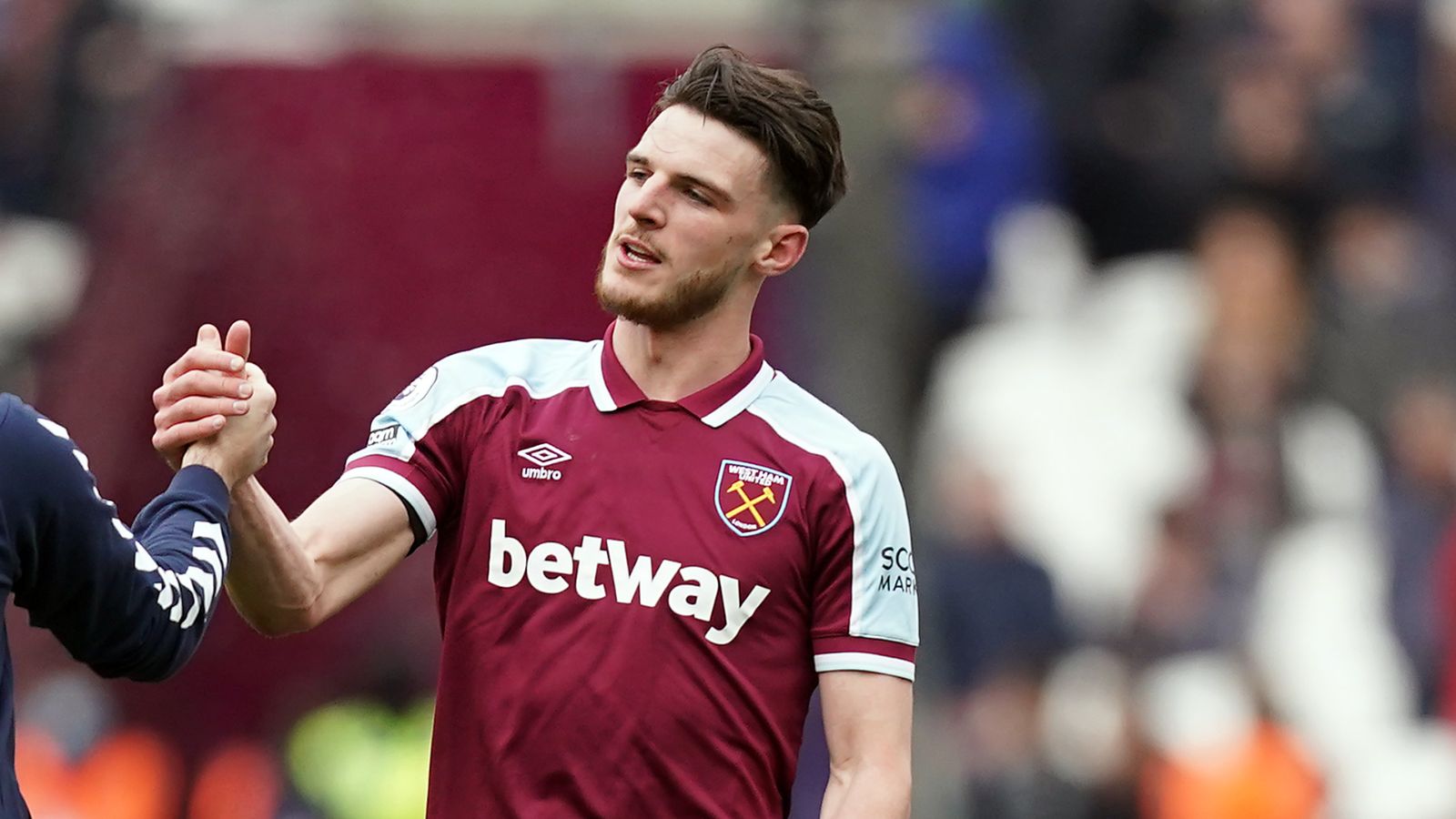 Andy Cole thinks Man Utd should sign Jude Bellingham this summer instead of Declan Rice as the 18-year-old’s talent is “absolutely frightening”.

Rice has been in sensational form for the Hammers and England over the past couple of years.

The 23-year-old midfielder is an integral player both for his club and country.

Speaking last week, West Ham boss David Moyes suggested that the fee for Rice this summer must be ‘north of £150m’.

Bellingham is Rice’s England teammate and he has also been linked with a big move. Liverpool are said to be interested in him.

The 18-year-old has been with Borussia Dortmund since 2020. He has been an ever-present for the German outfit this term.

So far this season, he has grabbed six goals and 13 assists from his 38 appearances for Dortmund.

Cole is of the belief that Man Utd would be better off signing Bellingham over Rice:

“£150m for a holding midfield player? That’s a lot of money. Not sure how many goals he’s going to get you from that position,” Cole told Sky Sports.

“We were just talking, if the opportunity comes about when Rice is available in the summer and you had Bellingham come available, who would you spend your £150m on?

“Personally, I would go with Bellingham, he’s 18 years of age and he goes that way, that way [points up and down], he creates chances, he scores goals. For such a young man, his ability is absolutely frightening. Bellingham has something extra, just energy.”

“I don’t necessarily think it’s about who you sign, though. I was screaming at the start of the season ‘oh we’ve got [Cristiano] Ronaldo, we’ve got [Raphael] Varane now’. Big players.