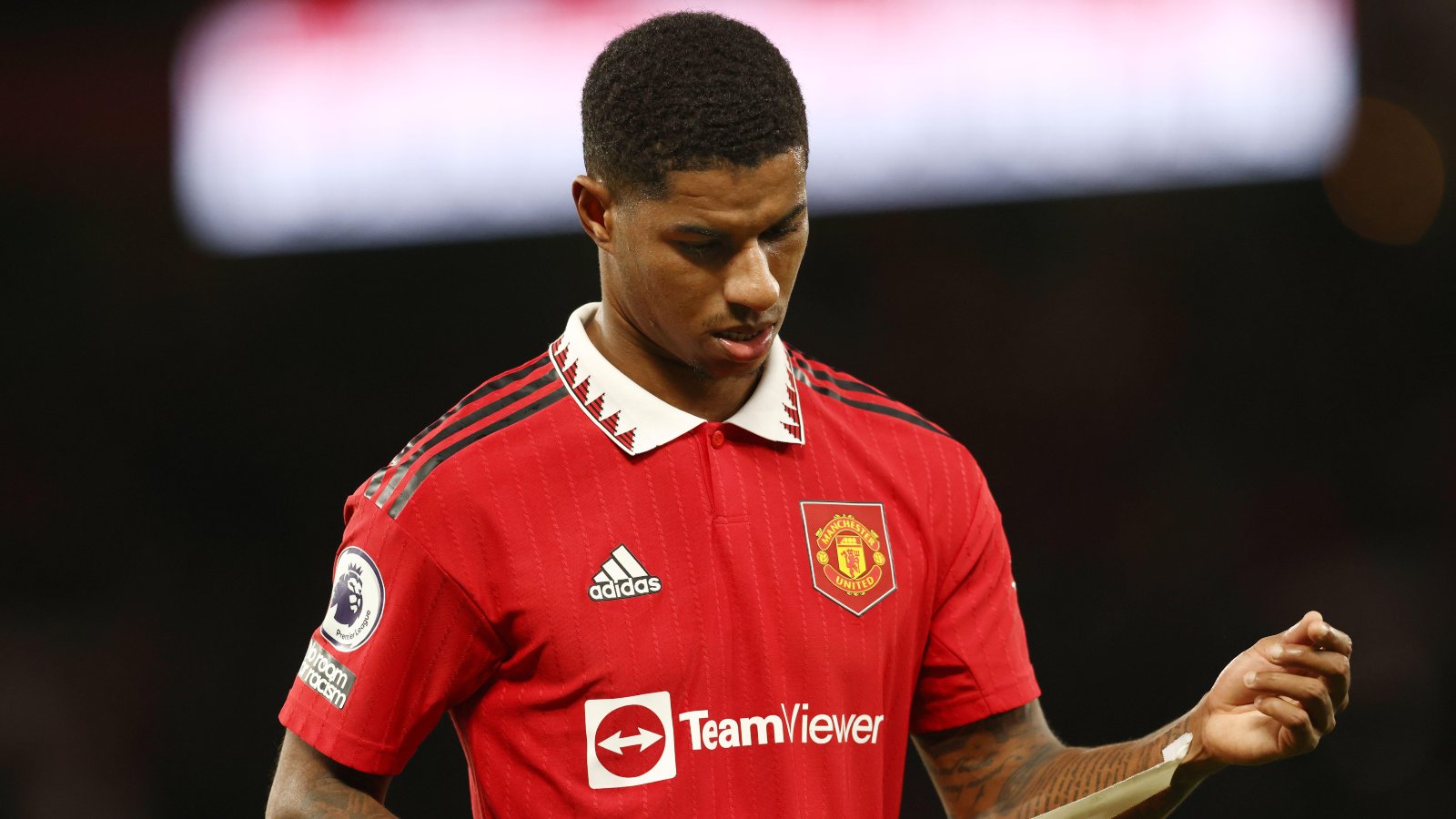 Man Utd should consider selling Marcus Rashford despite his return to form, according to former Premier League striker Stan Collymore.

The England interntional struggled to find any sort of good form last season, as did many of his Man Utd team-mates, with just four goals in 25 Premier League appearances.

But Rashford has bounced back impressively this campaign with seven goals and three assists in 15 matches in all competitions.

He scored his 100th goal for Man Utd over the weekend as Erik ten Hag’s side beat West Ham 1-0 at Old Trafford with Paul Merson almost falling off his chair when he found out.

There were rumours over the summer that Rashford was unsettled and that he was considering his future away from the club with speculation that Paris Saint-Germain were interested.

Nothing came of those rumours but Collymore still thinks Man Utd should consider parting company with Rashford despite his great start to the campaign.

Collymore told Caught Offside: “I’ve been questioning whether or not Man United should consider selling Marcus Rashford for quite some time and I do still think there’s an argument for that.

“Don’t get me wrong, he’s just reached 100 club goals and that’s a magnificent achievement but for me, if Man United are going to challenge for the title, Rashford, even in the form he’s in, isn’t going to be a major part of that.

“I think he should have always been played as a centre forward, but they’ve put him on the left, on the right and down the middle and unfortunately, a jack of all trades, eventually becomes a master of none, so in terms of Rashford getting in the England squad, although his current form will be a relief for Gareth Southgate, I can’t see him nudging Raheem Sterling out.”

A report yesterday insisted that Man Utd will either offer Rashford – whose deal expires at the end of the season – a new contract or trigger the one-year extension clause in his agreement.

And transfer expert Fabrizio Romano reckons any departure is unlikely with Ten Hag viewing Rashford as “a key player for his project”.

Romano said on Caught Offside: “I’m aware there have been reports about Marcus Rashford being unsettled at Manchester United last season. He’s certainly back to full confidence now, with Erik ten Hag making it clear he wanted Rashford as a key player for his project from day one.

“Overall, Ten Hag is doing an excellent job, with Rashford and with the club, and that stability is really important. United’s project is now a lot more clear than it was a year ago and that has helped Rashford.”