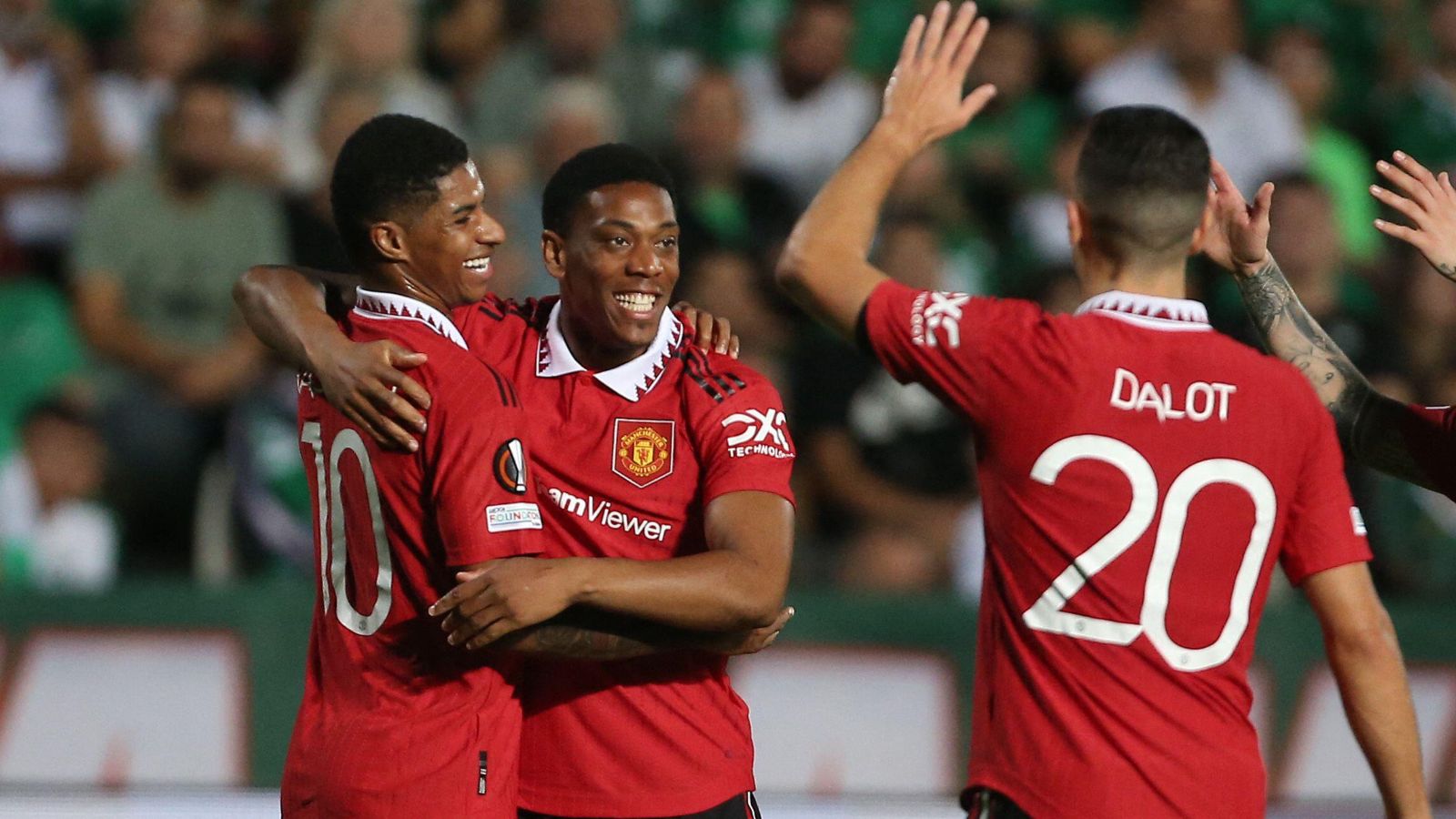 Man Utd have been told by Arsenal legend Nigel Winterburn that they need to “cut their losses and sell” Anthony Martial in the coming months.

Martial’s career looked to be over last season as he spent the final few months of the campaign on loan at Sevilla.

The Frenchman was unable to make a big impact in La Liga as he was in and out of the team.

He was one player expected to leave in the summer but he enjoyed a fruitful pre-season under new head coach Erik ten Hag.

Martial headed into the 2022/23 campaign in great form but he has been limited to just four appearances as a result of injuries.

This will no doubt be frustrating for the player and club as he has grabbed three goals and two assists in these outings.

The 26-year-old has missed United’s last four Premier League games due to a back injury he picked up in the 2-1 win over Everton.

Now Man Utd have been advised by Winterburn that they would be better off replacing Martial.

“Manchester United will cut their losses with Anthony Martial and sell him, but the question is, when? We do also have to feel for Martial. Nobody wants to be injured and sitting in the physio room all the time,” Winterburn told Paddy Power.

“That is quite difficult mentally as a player. He got himself back into the team and back at Manchester United. He’s doing well and then gets injured.

“Mentally, that is so tough. But at the end of it, Manchester United will end up with a new centre forward. Whether that be in January or for the start of next season remains to be seen.

“I would be amazed if they [Manchester United] didn’t have somebody for the start of next season.

“They must have someone that will score a minimum of 20 goals a season in the Premier League. If not, they need two scoring up to 18 goals each.

“But I’d be amazed if they didn’t bring someone in for the start of next season.”

Ex-United striker Michael Owen meanwhile has suggested that the club “will have to address” their striking department.

“Cristiano Ronaldo obviously isn’t getting any younger and is not going to be there for another four, five years,” Owen told AceOdds.

“You never know, it might be his last season. So from that point of view, you do wonder where goals will come from.

“Marcus Rashford has always been a goal scorer but never been absolutely prolific. Martial has had lots of chances over time. He’s never been really prolific into the twenties, let’s say.

So I think in terms of scoring goals, that’s where Manchester United will have to address it at some point.”