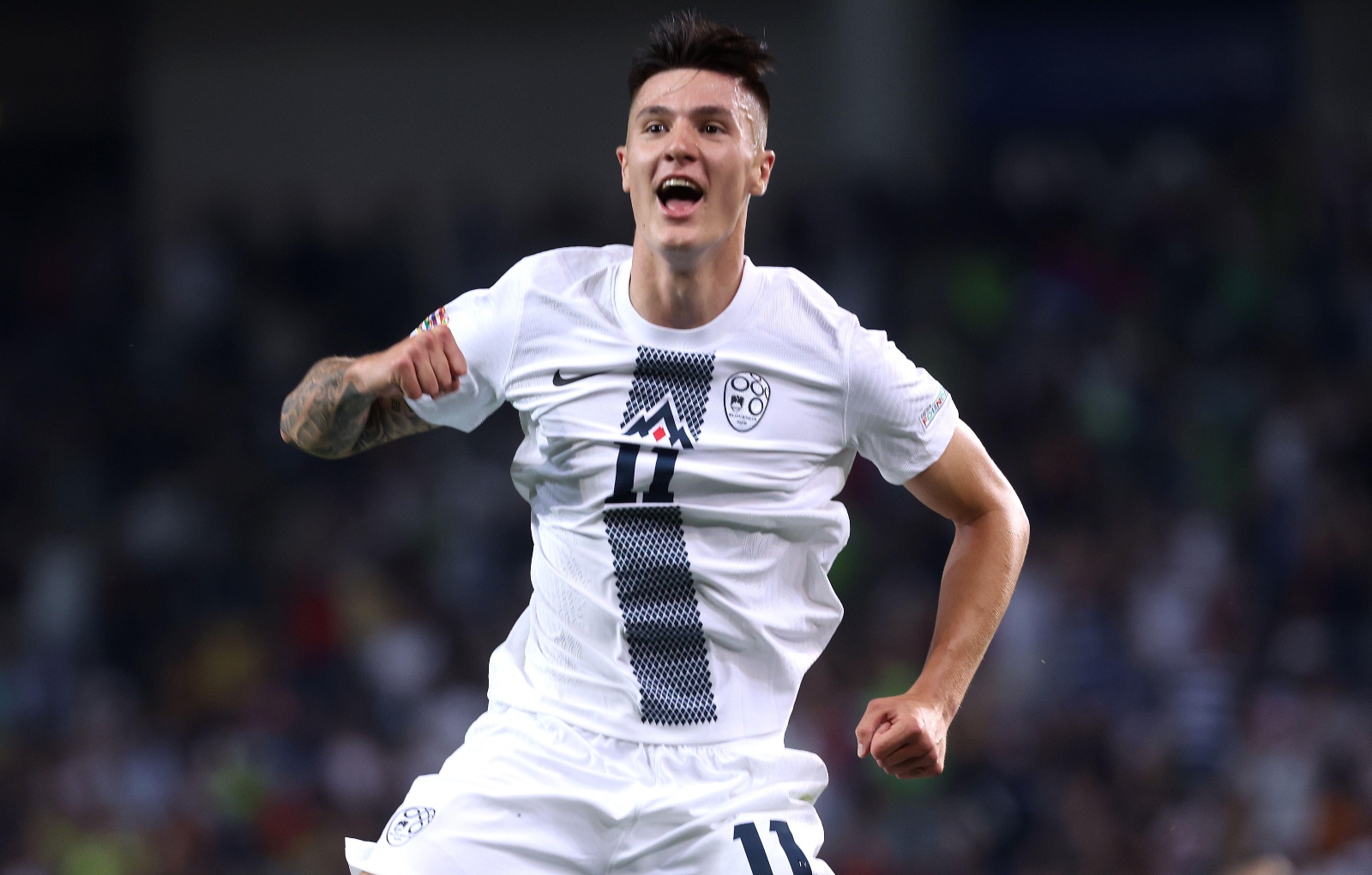 We know what you’re thinking, Benjamin Sesko must be really f***ing talented.

It was Fabrizio Romano who brought news of United’s interest in the 19-year-old striker on Monday.

MAILBOX: Can anybody touch Salah, Haaland and Kane for the Golden Boot this season?

‘Manchester United are well informed on Salzburg talent Benjamin Šeško’ claimed the transfer expert. ‘He’s one of the players monitored, considered ‘really talented’ – but it’s not imminent or advanced deal as of now.’

It’s clearly a funny little joke from those cheeky Austrians, as it’s unlikely United would require quite that much to buy a player valued at £9m by Transfermakrt who’s got 12 goals and eight assists in 38 appearances for Salzburg.

Those stats are a little misleading to be fair, given those goal contributions have come at a rate of one every 85 minutes, which isn’t half bad, but probably not enough to persuade United to spend £300m plus Bruno Fernandes.

Tottenham and Liverpool have previously been linked with a player predictably dubbed ‘the new Haaland’.

And he could (but probably won’t) be a replacement for Cristiano Ronaldo.

Jorge Mendes has been desperately trying to find Ronaldo a new club after the Portugal international told Manchester United he doesn’t fancy playing for them anymore as he wants Champions League football.

The ‘family issues’ preventing Ronaldo from attending preseason training appear now to have been sorted out as Mendes joined him on a jolly to Carrington on Tuesday to discuss his future with United.

He’s set for talks with new manager Erik ten Hag who has previously said the 37-year-old is “not for sale” and “in our plans”, which is lucky for Ronaldo because his desire to leave has been met with a complete lack of interest from potential suitors.

Paris Saint-Germain were quickly ruled out, denying us the chance of seeing Ronaldo and Lionel Messi playing for the same team.

Bayern Munich, Chelsea and Napoli have been linked with a move, though all three sides appear to be out of the running.

Atletico Madrid have emerged as a real option, but a move for the 37-year-old will be ‘very difficult’ for the La Liga side.

This is due to their financial situation. They will need to raise at least €40m if they are to sanction a move in the summer transfer window.

Alvaro Morata and Saul Niguez have returned to the club following loans elsewhere, and they are believed to be surplus to requirements. Both players contribute around €20m to the club’s wage bill.