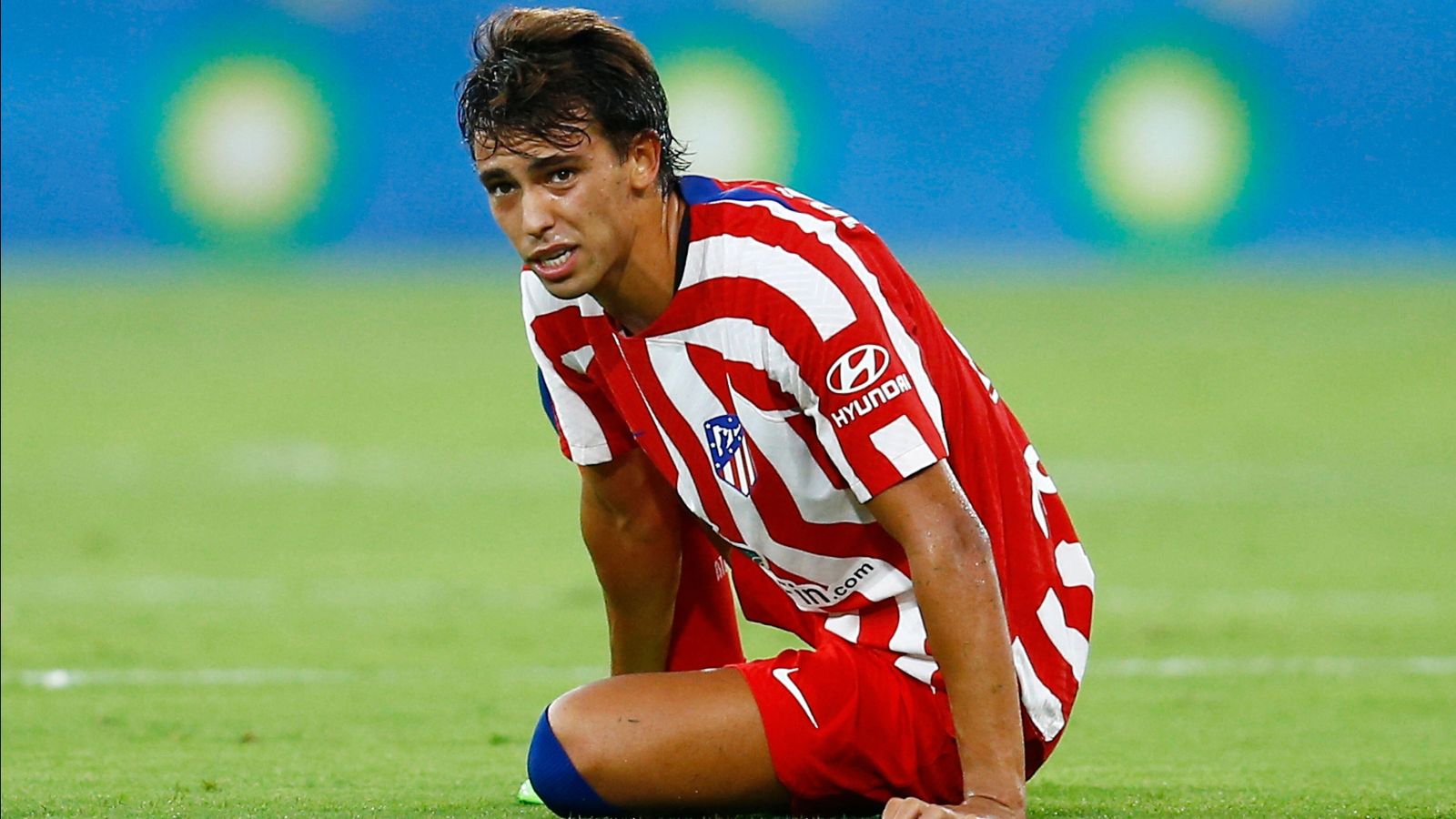 Man Utd have been told to pay Joao Felix’s release clause if they want to sign the Atletico Madrid forward this summer, according to reports.

The Red Devils are desperately searching for a new striking option ahead of the transfer deadline on September 1.

Cristiano Ronaldo, who is their main striker, is looking for a way out of Old Trafford this summer with the Portugal international making it clear that he wants to play Champions League football.

Injury-prone Anthony Martial showed in pre-season he is capable of performing as the main centre-forward despite being much more used to a role out wide.

England international Marcus Rashford started up top for Man Utd in their 2-1 loss to Brighton but, again, he is preferred as a wide player.

Man Utd were forced to pull out of a deal for Bologna striker Marko Arnautovic after a strong fan backlash over the potential signing, while they have been linked with numerous other forwards.

And a report yesterday in Spain claimed that Man Utd have made Atletico Madrid’s Felix one of their ‘objectives’ for the remainder of the summer transfer market.

‘Emissaries’ from Man Utd held talks with Atletico Madrid ‘both at the Metropolitano and at a central Madrid hotel’ with the Red Devils declaring their interest in Felix.

And now another Spanish publication, this time AS, insists that Man Utd made a €130m offer for Felix but that it was turned down by the La Liga outfit.

Atletico ‘refused the mega-offer’ and ‘referred’ United to Felix’s huge €350m release clause, making it clear that he ‘is ​​the team’s most important player’.

Felix is ‘very happy in Madrid’ and the 22-year-old ‘feels loved by both the fans and the club’ with Atletico adamant they are ‘not losing’ any of their main players.

Man Utd have maintained their ‘not for sale’ stance over the summer when it comes to Ronaldo but a report yesterday claimed that Erik ten Hag was now ready to sell.

His presence at the training ground and on matchdays is reportedly taking its toll on the squad morale but Ronaldo hit back yesterday at “lies” from the media.

Responding to an Instagram post from a fan account, Ronaldo said: “They (will) know the truth when they interview in a couple weeks. The media is telling lies.