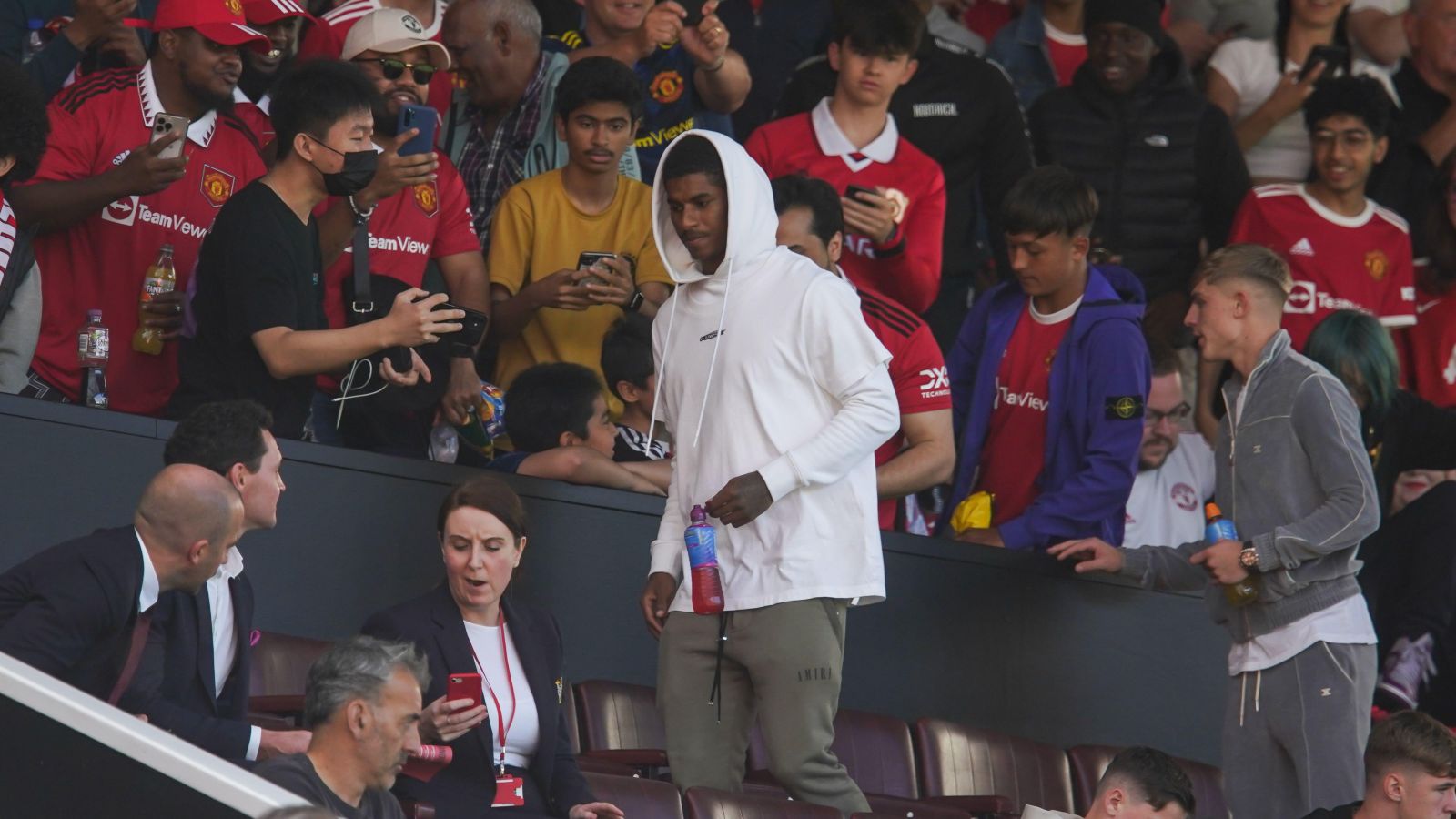 Man Utd should sell Marcus Rashford to Paris Saint-Germain this summer as they require a better calibre of players, according to former Crystal Palace chairman Simon Jordan.

Rashford started last season later than most of the Man Utd squad following shoulder surgery in the aftermath of England’s Euro 2020 campaign, which ended with a loss in the final to Italy.

He was in brilliant form on his return with three goals in his first four matches of the season but he would score just two more goals in the next 28 matches in all competitions.

The England international only started 13 Premier League matches last term and, with only a year left on his contract, PSG have reportedly seen at opportunity to hold talks about a possible deal.

Red Devils boss Erik ten Hag was insistent during today’s press conference that Rashford would be staying at Man Utd but Jordan reckons they should let him leave the Premier League club.

“The problem with Marcus Rashford is that he has been built up in the minds of many people that watch him, or don’t watch him, at a level that he’s not really at,” Jordan said on talkSPORT.

“At that level he’s been judged at, his standards have diminished when really and truly he’s a good player capable of playing for Manchester United and England.

“But he’s not this superstar world-beater that people have alluded to and put him on a pedestal.

“If I’m Manchester United – given what I’ve seen from him and given the fact his agent is at it – I’d send him to PSG in a cab.”

And Jordan has compared Rashford to Man Utd flops Memphis Depay and Anthony Martial and reckons a change of scenery could do the 24-year-old some good.

“I think he needs a change of direction. I think his performances have been entirely based upon his outlook and attitude, with some of it being situations of the field – not necessarily meaning his charitable work.

“I think there is a change required. People like Marcus Rashford are beginning to fall into a camp that Memphis Depay and Anthony Martial have fallen into, which is bags and bags of ability but not enough delivery on a regular basis.