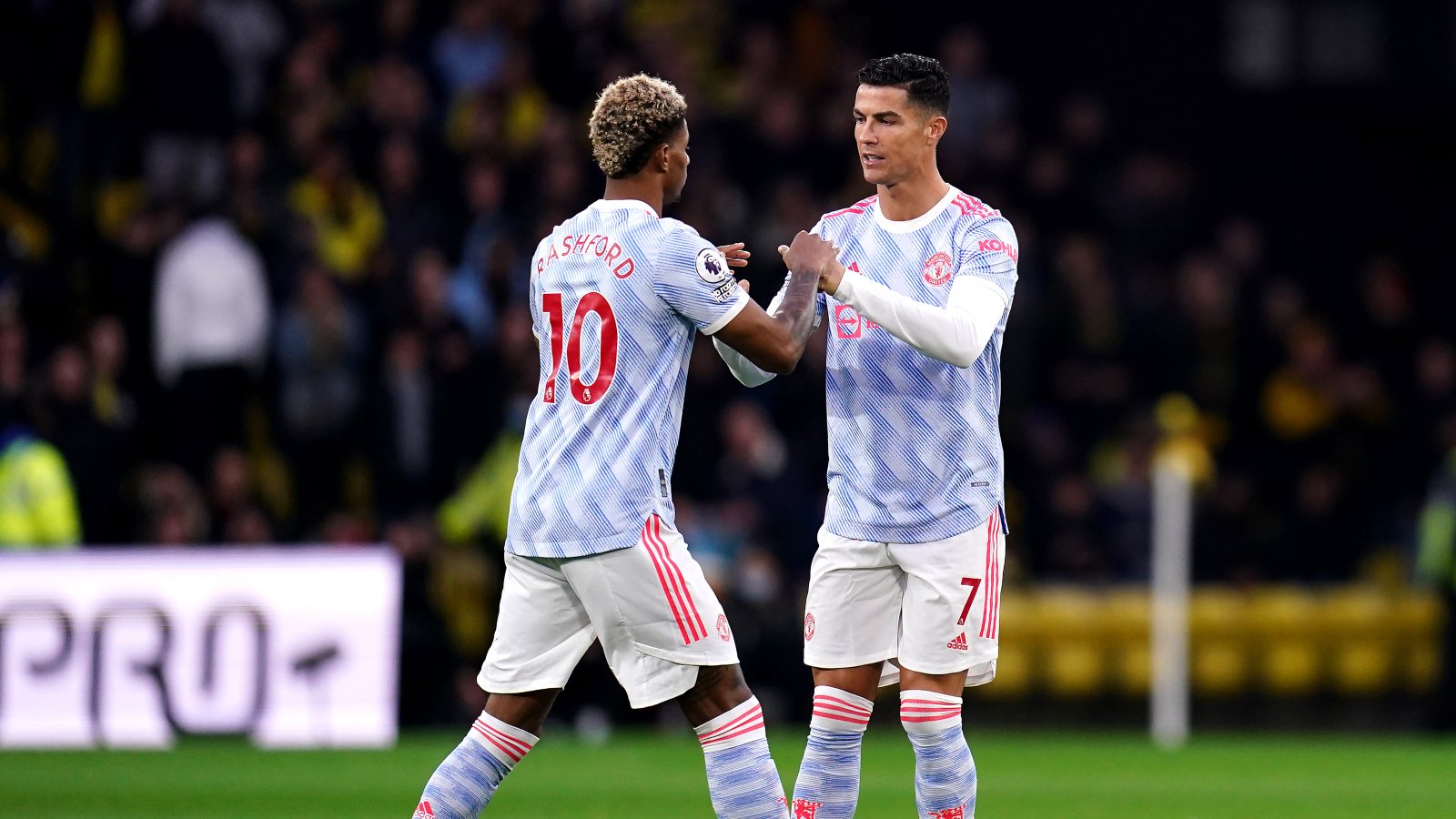 Manchester United need struggling star Marcus Rashford more than Cristiano Ronaldo despite his struggles so far this season, according to Paul Merson.

Portuguese icon Ronaldo is the club’s top scorer this season, notching 12 times in the Premier League since returning to Old Trafford in the summer.

However, there have been a questions raised over his overall effect on his teammates, both on and off the pitch.

Rashford, on the other hand, has struggled this season, scoring just four league goals and being left out of a number of key fixtures despite being, at times, the only recognised centre-forward available to interim boss Ralf Rangnick.

The 24-year-old has also fallen out of favour with England boss Gareth Southgate and, at present, doesn’t appear likely to make to squad for the World Cup in Qatar at the end of the year.

The United duo have both been linked with departures from the club this summer and Arsenal legend Merson has told United to prioritise Rashford over his teammate, Ronaldo.

Writing in his Sky Sports column, Merson said: “Cristiano Ronaldo is now 37. What’s happening at United will be driving him up the wall. He’s been one of the greatest players of all time but he can’t now do what he used to.

“This league is relentless, it’s too hard. I’m not going to say, ‘I told you so’, but I could see this happening.

“He got [Ole Gunnar] Solskjaer the sack, simple as that. They beat the record for the longest run of away games without a defeat and they played a certain way.

“Rangnick brought off Marcus Rashford at Everton when he was United’s best player because he didn’t want a repeat of what happened earlier in the season at Brentford.

“I was at that game and it was embarrassing. He shouldn’t have to justify his decision as he’s the manager. At Ronaldo’s age, you can’t play every game. United need Rashford more than they need Ronaldo going forward.

“The other week, they had Edinson Cavani alongside Ronaldo up front. It needs to stop sooner rather than later, otherwise this club is just going to fizzle out from being the biggest in the world. They won’t be for much longer at this rate.