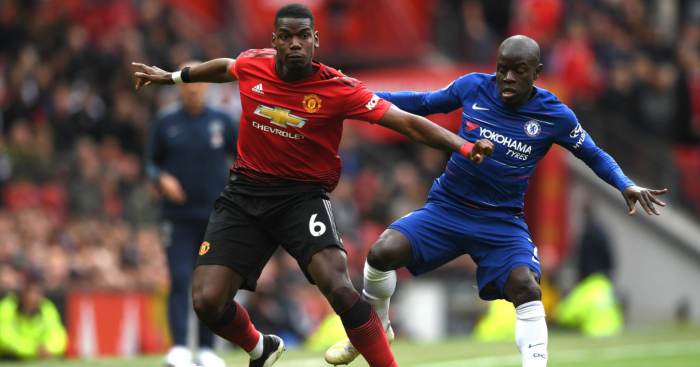 Former QPR and Blackpool boss Holloway believes that Kante would give Ole Gunnar Solskjaer the solidity needed in front of the back four and help them to dominate the ball in midfield.

Although Holloway admits that Chelsea are unlikely to sell their star midfielder to top-flight rivals, he still thinks that Solskjaer should try to alleviate the problem he has with Pogba by bringing in Kante.

It’s clear to say that Holloway is not the biggest Pogba fan, adding that he would personally ‘drive him to another club’, if he were United manager.

“If it were me, I’d be going for Kante,” Holloway told Express Sport, when asked who United should target in January. “He would make their team.

“I’m sure Chelsea wouldn’t sell him to Manchester United, but in an ideal world…

“Funnily enough, I’d swap him with Pogba. I’d take the money out of whatever I can get for him, and buy Kante.

“[I’d] put him with Fred, maybe, and McTominay.

“Then you can have the wonderful play going forward, and be a little bit tighter in that defensive area.

“But they need to dominate the ball a bit more, which is why I’m saying about Kante.

“I would drive [Pogba] somewhere myself, and I would stop making excuses for him not wanting to play for Manchester United.”

Pogba has only made five Premier League appearances for United this season, after picking up an ankle problem, while Kante has had injury issues if his own.

Whether Chelsea would entertain the notion of a swap deal that would see Pogba head to Stamford Bridge for Kante remains to be seen, but it does appear very unlikely.