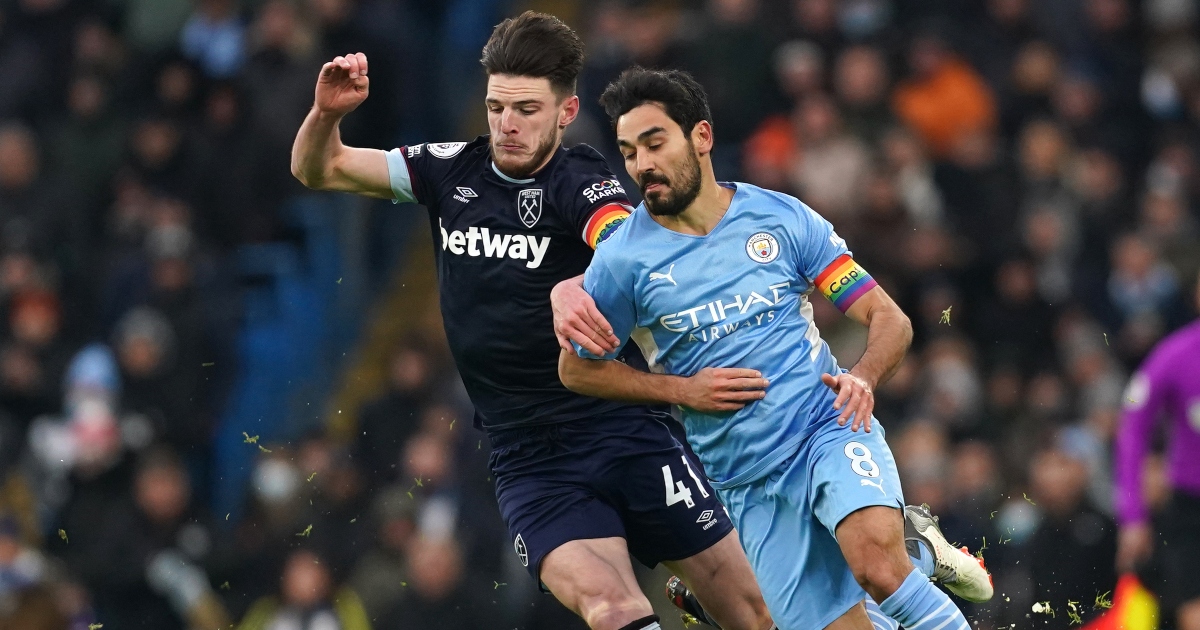 Rice’s impressive form over recent years from West Ham and the England national side have seen him linked with a move away from the London Stadium, with Old Trafford tipped as a likely destination.

United’s midfield has come under intense scrutiny, much like the rest of the club, as the likes of Fred, Scott McTominay and Nemanja Matic struggle to impress.

Paul Pogba is also out-of-contract this summer and a new deal doesn’t appear to be on the horizon, it looks likely that the French midfielder could be on his way out of the club.

Now, ex-United man Parker, who made over 100 appearances for the club, believes the the Red Devils should be looking to sign Rice, no matter what the fee is.

Speaking to Bettors (via Daily Mail), Parker said: “If you wanted to spend a fortune on a midfield player, go and get Declan Rice.

“Declan is the best central midfielder in the country.

“If City wants to pay £100million for Jack Grealish, if someone wants you to pay £160million [for Declan Rice], then you gotta pay it because Jack Grealish wasn’t worth £100million. They’ve set a mark now.

“Declan Rice is the closest player that Manchester United could ever get, who you would say is — ‘no he’s Bryan Robson, no he’s Roy Keane, no he’s Paul Ince.’ This is because he wants to do everything.

Parker is not the first to liken Rice to United icons Keane and Ince, with former Liverpool man Dean Saunders believing the West Ham star can go and play like the duo.

“I think there’s a point where you have to say to Declan Rice, go and play like Roy Keane or Paul Ince, they just covered every blade of grass.