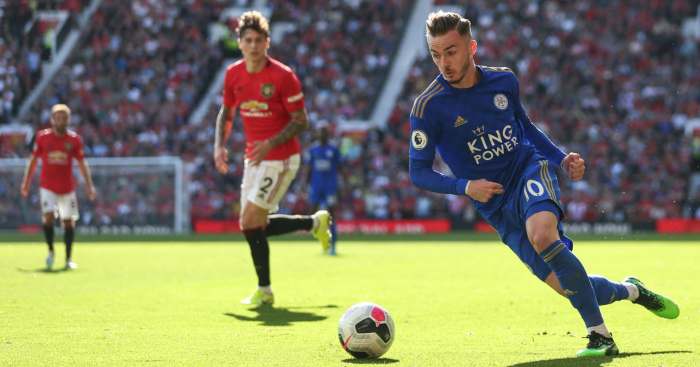 James Maddison spoke in glowing terms of his time at Leicester City so far and hinted that he wants to stay for the forseeable future amid interest from Man Utd.

There have been no official bids for Maddison from the Red Devils despite months of speculation and it now looks more likely that Man Utd’s top target in that position is Aston Villa midfielder Jack Grealish.

And Maddison sounds more than happy at Leicester despite the constant speculation linking him to Man Utd.

“It’s been a whirlwind two years and I’ve loved every second of it,” Maddison told LCFC TV.

“I feel right at home at Leicester. I feel like part of the furniture already and I love it here.