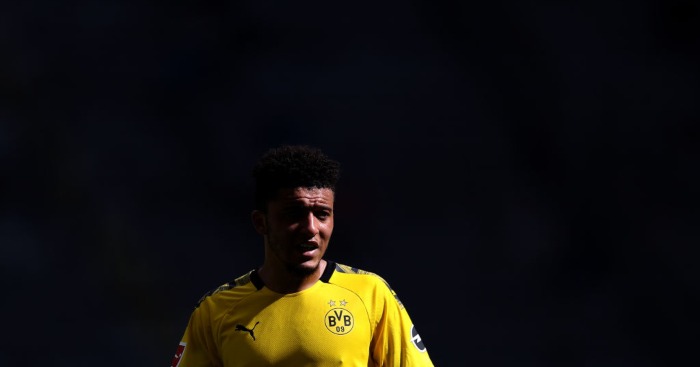 Borussia Dortmund expect Man Utd to agree to pay their asking price for Jadon Sancho this summer, according to reports.

Independent reporter Miguel Delaney claimed on Thursday that Sancho’s proposed transfer to the Red Devils had ‘moved closer’ with Dortmund now ‘willing to agree on an initial fee’.

The report added that the Bundesliga side ‘will accept an initial £60m, although there is still a distance regarding the pay plan thereafter.’

Delaney added that Man Utd are the only team in for Sancho – despite mutterings of interest from Liverpool – and Dortmund are keen to avoid ‘a long-running “saga”, so are willing to compromise’.

And Bild (via Sport Witness) now have an update on matters with Man Utd wanting to pay in instalments for Sancho, which would make sense given the gravity of the potential deal.

The negotiations between Dortmund and the Red Devils – who are playing transfer ‘poker’ – are ‘picking up speed’ with Bild‘s information coming from sources in England.

Dortmund ‘would not say no’ to a €120m deal for Sancho with Sport Bild head of football Christian Falk adding that the German outfit ‘expect’ that Man Utd will pay their asking price.

Update @Sanchooo10: @BVB expect the club @ManUtd to pay the transfer fee of 120 million euros in installments. That would also be okay for @bvb. But: the offer must be submitted by august 10th @BILD_Sport

And the report in Bild continues by saying that Dortmund aren’t bothered how the money is ‘scraped together’ and that Man Utd are likely to pay €70m up front and then two more payments of €30m and €20m in the ‘next few years’.