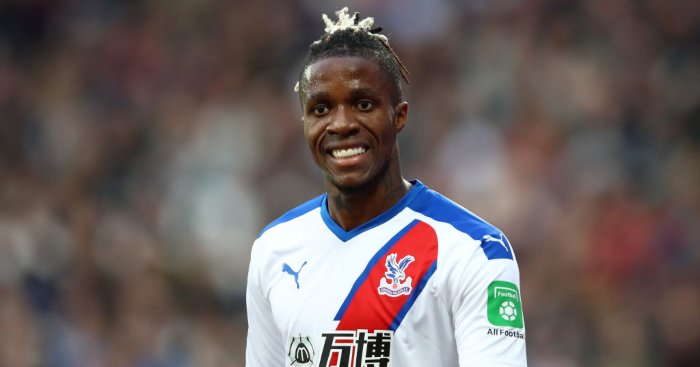 Manchester United could opt to re-sign Memphis Depay or Wilfried Zaha if Jadon Sancho becomes too expensive this summer.

The Red Devils are keen to bring Sancho to Old Trafford with the England winger described as Ole Gunnar Solskjaer’s ‘dream signing’.

It was reported earlier this week that Sancho had ‘unofficially confirmed’ his desire to join United but the coronavirus pandemic is forcing clubs to re-think their recruitment activity.

Borussia Dortmund would expect a fee in excess of £100million for the 20-year-old and, according to the Daily Express, United haven’t ruled out joining Tottenham and other Premier League clubs in furloughing some staff.

In the event that Solskjaer may have to look for cheaper alternatives, the Express suggests United could move to re-sign either Depay or Zaha.

Depay left United in 2017 after a miserable spell following his £25million move from PSV Eindhoven in 2015. Zaha too failed to make an impact at Old Trafford and he was re-sold to Crystal Palace in 2015.

The report suggests either Depay or Zaha could be bought by United for a lower fee compared to Sancho because the club retains buy-back options on both players.

United do hold such an option over Depay; reports elsewhere have suggested that there is no clause in the Zaha deal and Palace would offer no discount should the Red Devils move again for the 27-year-old.