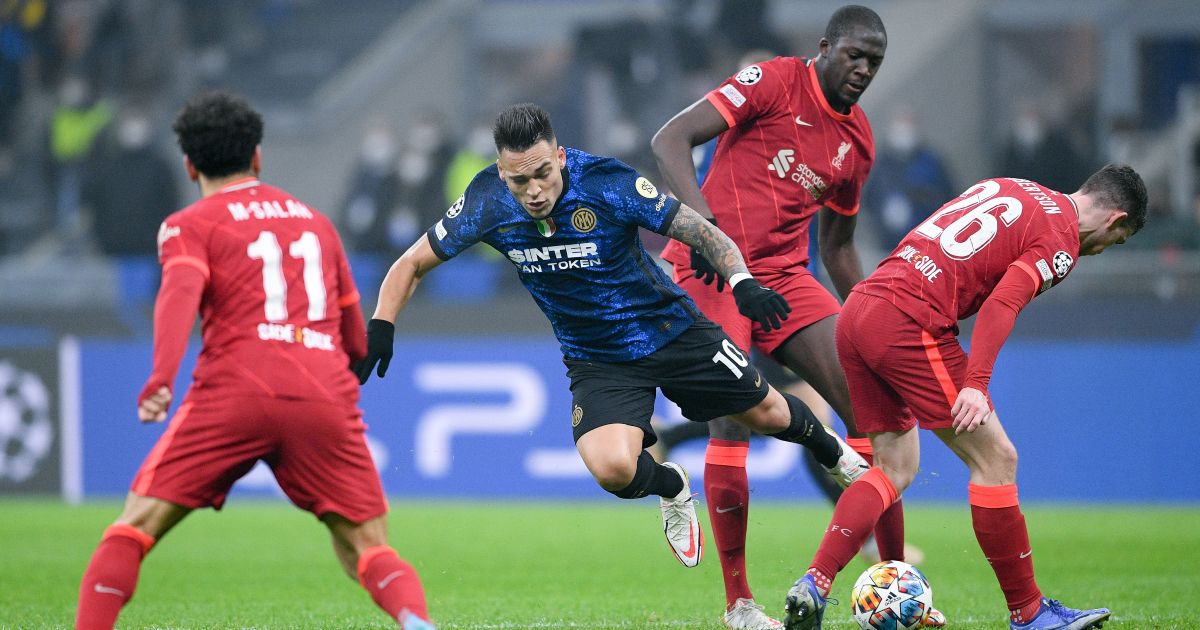 The 24-year-old has scored 40 goals across his last two seasons for the Serie A side, forming a lethal partnership with Romelu Lukaku as they surged to the title last campaign.

Martinez has continued the prolific nature of his game this season with 12 goals for the Nerazzurri, who are second in the Serie A table but with two games in hand on leaders AC Milan.

The offer met Inter’s asking price, but transfer expert Fabrizio Romano explained at the time that Chelsea’s move for Lukaku blocked the deal.

The Argentina international committed his future to Inter Milan in October last year, penning a long-term contract extension that will keep him with the Italian giants until 2026.

However, Spanish publication Nacional reckon Man Utd are now negotiating to make Martinez as the next ‘great star’ of the Premier League club.

With Mason Greenwood’s situation at the club up in the air and Cristiano Ronaldo potentially leaving in the summer, the report insists a new striker is top of their agenda in the summer.

It is understood that Man Utd are ‘determined’ to bring Martinez to Old Trafford in the next window with the club making him their top transfer ‘priority’.

Nacional adds that Lionel Messi ‘vetoed’ Martinez’s transfer to Barcelona on ‘several occasions’ and ‘forbade any type of negotiation with his compatriot’.

With Messi now at Paris Saint-Germain, Barcelona president Joan Laporta is ‘studying hiring him again’ but the transfer would prove ‘really complicated from the economic point of view.’

Meanwhile, Roy Keane has told Leeds United supporters and players that they are “silly” to think “they’re as big as Man United as they’re not” ahead of their clash on Sunday.

“Leeds would certainly be up there with the rivalries, like Liverpool and Arsenal,” Keane told Sky Sports. “Obviously Man City weren’t so strong when I was playing but Leeds was up there.

“It was fantastic. The beauty of them is that I think Leeds will have a go at United, they always did.

“They always came and had a go at United.

“I think Leeds’ players and supporters, it’s probably silly of them to think they’re as big as Man United as they’re not, but they always have a go, I’ll give them that.

“They’d always be up for a physical battle. It was always tense, there was obviously a lot of rivalry with the supporters, a lot of hatred there.”