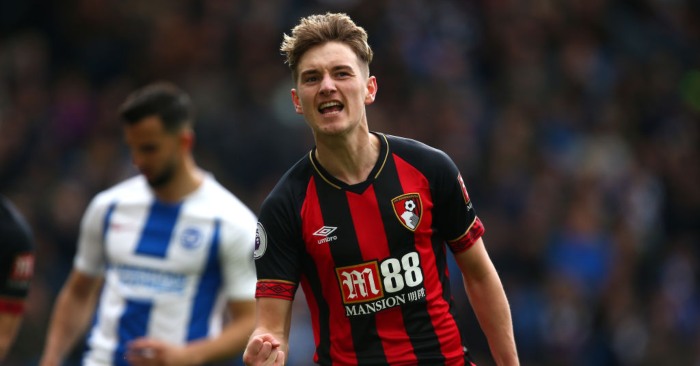 Man Utd have been handed a major boost in their pursuit of David Brooks, who could join the club this summer instead of Jadon Sancho.

Man Utd officials have become disillusioned with Dortmund over the pace of transfer talks and are now looking at alternatives.

Dortmund want to keep Sancho for at least another season and seem to be successfully holding off the English side at the moment.

FEATURE: Five of the biggest mark-downs on returning players

United are instead targeting Brooks, who was recently relegated with Bournemouth.

They have now received a boost in their pursuit of the 23-year-old after Cherries manager Jason Tindall revealed the club wouldn’t stand in the way of players who want to leave.

Speaking to Bournemouth Echo, Tindall said: “We as a football club have got a value of what we believe for our players.

“And if that value is met then players have got the opportunity to then discuss with whoever they need to discuss with and then make the decision they feel is right for them.

It looks like Tindall is willing to let Brooks go as long as Man Utd meet their valuation of the player.

Brooks is reportedly valued at a similar price to defender Nathan Ake, who recently joined Man City for £41 million.

The Welshman is a considerably cheaper option to Sancho and brings Premier League experience with him.

He had a poor season during the most recent campaign, but during the 2018/19 season he scored seven goals and assisted five more in just 30 league games.

You can see all of Man Utd’s completed transfers on our dedicated page.