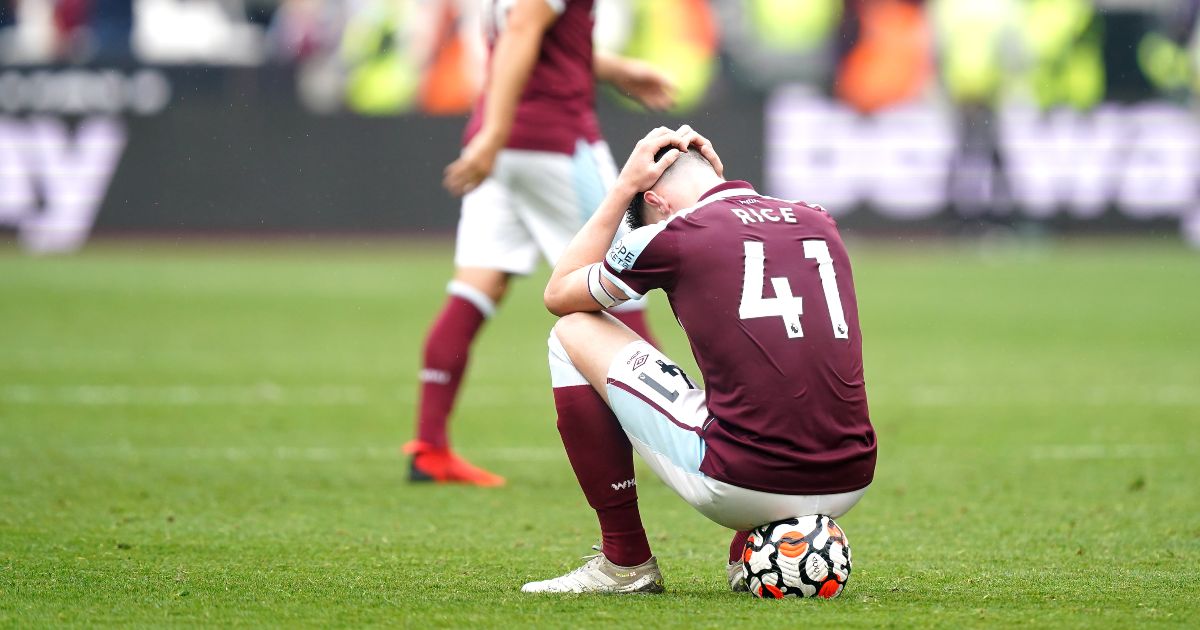 Man Utd are likely to pursue other options in the summer transfer window after doubts emerged over main target Declan Rice, according to reports.

It has been rumoured over the last year that the West Ham midfielder was their main target as they pursue an upgrade in the middle of the park.

Rice’s impressive displays for the Hammers and England – who he helped reach the Euro 2020 final – has seen his stock rise over the course of the last six to 12 months.

Recent reports have indicated that West Ham have valued Rice at £100m and it was that huge asking price which put off Man Utd and rivals Man City in the summer.

The Independent claimed a week ago that Ole Gunnar Solskjaer was so keen on Rice in the summer that he wanted to sign him over Cristiano Ronaldo.

Solskjaer apparently regarded Rice as the ‘missing piece’ to his puzzle at Old Trafford as he looked for someone who could shield the back four and control the tempo of their football from a deep position.

AC Milan midfielder Franck Kessie has been rumoured as one potential alternative to Rice with the Ivorian out of contract at the end of the season.

And ESPN now claim that United’s pursuit of Rice has taken a ‘twist’ with the scouts at Old Trafford ‘instructed to identify alternative options’.

There are ‘concerns over West Ham’s valuation of the player and contrasting opinions within Old Trafford over his ability to significantly improve the team’.

Of course Solskjaer ‘remains an admirer of Rice’, but ‘the club’s recruitment team is yet to be convinced the former Republic of Ireland youth international possesses the qualities to take the team to another level’.

After signing Jadon Sancho, Raphael Varane and Cristiano Ronaldo in the summer transfer market, Man Utd have a ‘plan for next year’ which involves signing a defensive midfielder.

Rice is now ‘likely to be one of a number of options’ for Man Utd this summer with the Red Devils put off by his ‘£80-90m’ valuation.

ESPN add that Man Utd ‘believe an alternative can be found outside the Premier League who would be equally, if not more, effective and not subject to the inflation that accompanies the fees for English players’.