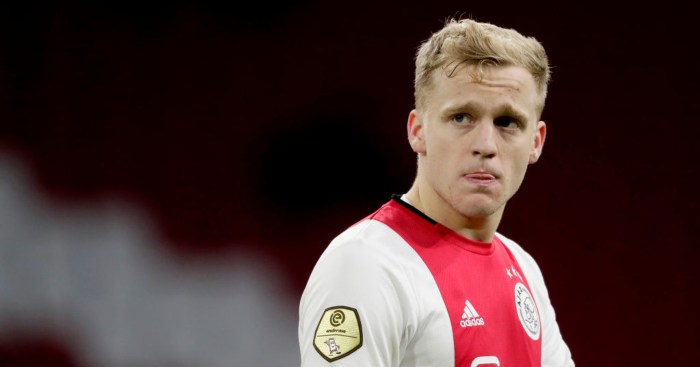 Manchester United have been cleared to sign Ajax star Donny van de Beek, with the Dutch side set to make a move for former midfielder Davy Klaasen.

LaLiga giants Real were thought to be frontrunners to sign the Dutch star, but may no longer be in a position to afford him – leaving Ole Gunnar Solskjaer’s men as frontrunners for his signature.

Whoever he joins, Ajax are clearly planning for life after Van de Beek after identifying former midfielder Davy Klaasen as his successor in midfield.

The 27-year-old spent six seasons in the Ajax midfield after breaking through as a youngster.

He then transfered to Everton in summer 2017 for a £23.5m fee, but he struggled at Goodison Park and left after just 16 appearances.

Since then, Klaasen has resurrected his career with Werder Bremen.

But despite his form for the Bundesliga side, Werder are in danger of being relegated from the German top flight and Klaasen will likely be sold.

As such, Dutch outlet VI believe Klaasen is their top target this summer and have already sounded him out over a potential return.