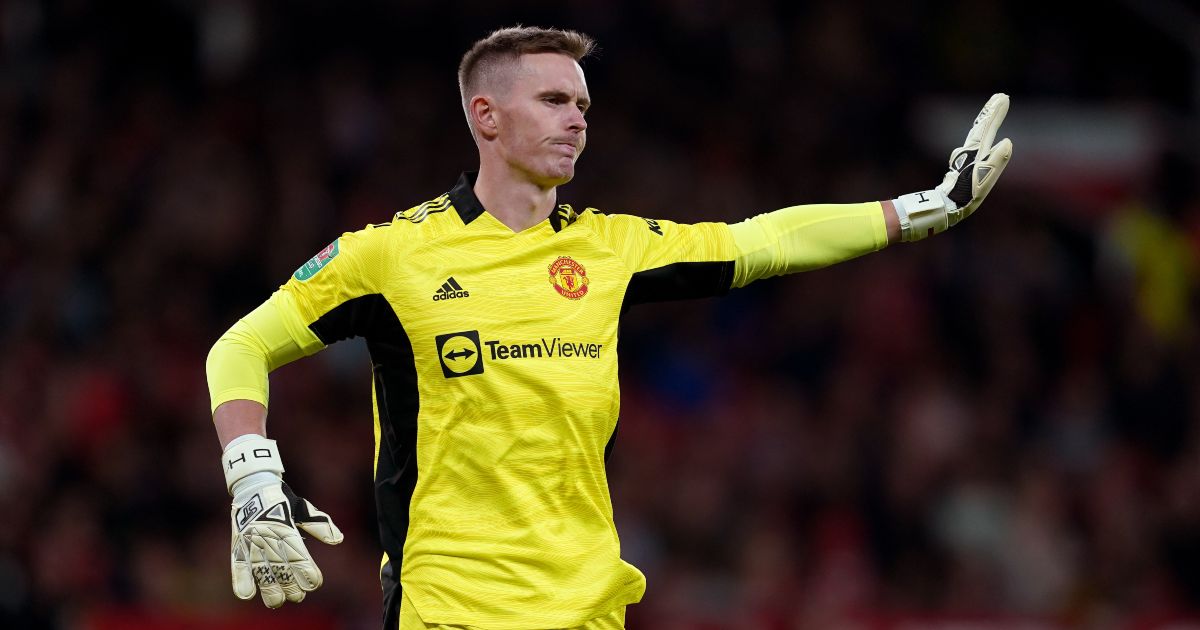 Dean Henderson, Phil Jones and Donny van de Beek will seek to leave Man Utd in the January transfer window, according to reports.

Following a brilliant couple of seasons on loan at Sheffield United under Chris Wilder, Henderson returned to Old Trafford with a spring in his step.

The England international briefly overtook David de Gea as United’s number one last season, only for a number of issues to derail his attempts to continue in net this season.

Henderson was struggling to make the Man Utd bench earlier in the season with the keeper struggling to get back to fitness after suffering with long Covid.

The 24-year-old is now back on the bench after making one League Cup appearance – but he’s already getting itchy feet.

And the Daily Mail now claim that Henderson ‘wants to leave’ Man Utd at some point this season but ‘accepts he is unlikely to go in January’.

Henderson has now missed out on the last three England squads after falling down the pecking order at Old Trafford.

The Englishman ‘would prefer to stay at United but fears his career is in danger of stagnating’ after insisting he wants to be number one for both club and country.

The Daily Mail add that Henderson ‘would consider leaving in January — Newcastle are understood to be one of the options — but United are unlikely to allow him to depart mid-season’.

Van de Beek and Jones are ‘also likely to seek moves away in January’ with both players becoming frustrated by their lack of game time.

Jones was never likely to play a big role this season but, with their poor form under Ole Gunnar Solskjaer, Van de Beek has a case for being confused at his lack of opportunities in the first team.

The Netherlands international has played 154 minutes across all competitions this season for Man Utd with Solskjaer only affording him 15 minutes in the Premier League.

And Paul Ince recently claimed that Solskjaer is taking “the p*ss out of him” this season.

“Donny van de Beek gets four minutes against Atalanta. What worries me is the choices Ole makes,” Ince told the United Stand podcast.