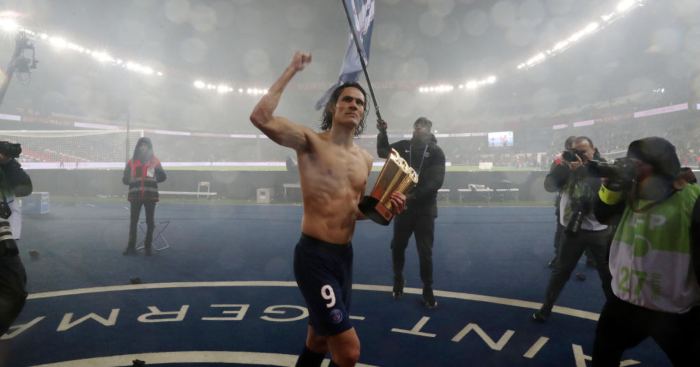 Man Utd scoured the transfer market in January as they looked to bring in a striker with the club finally settling on a loan deal for Shanghai Shenhua’s Odion Ighalo until the end of the season.

That is likely to only be a temporary fix and they will look to continue their pursuit of goals in the summer transfer window with Van Persie keen to see them make a move for Cavani.

Van Persie told Sport Bible: “Edinson Cavani. I would definitely go for Cavani; he’s very fit, he’s a proven goalscorer, a goal machine, he has proven it at Napoli, PSG and Uruguay.

“With him, if he starts, he will get you 25 goals a season. I’ve watched him play, I’ve played against him, he is like a proper goalscorer. He lives by scoring goals so I’d go for him.”

On other possible signings, Van Persie added: “Maybe one midfielder in a playmaker role. Though to be fair I watched Bruno Fernandes against Chelsea and he looks very good to me, very silky.

“But I would add one other one to put next to him, then with one player who stops the opponent attacking, that is what I like to see. I like to play with 5 attacking, creative minded players.”