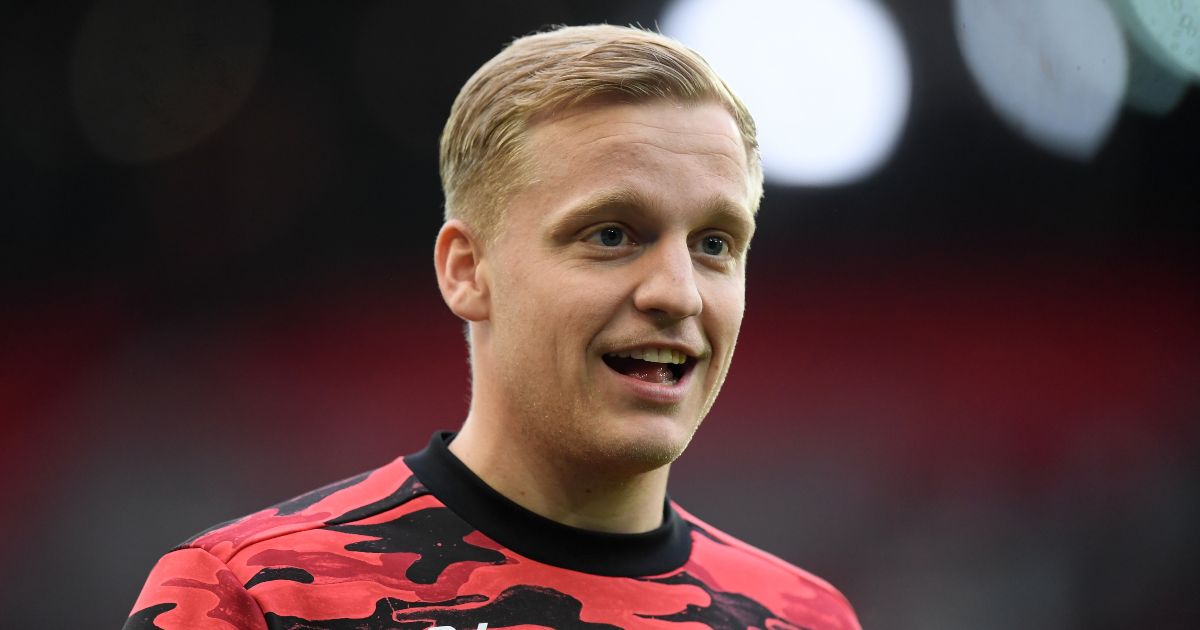 Manchester United star Donny van de Beek wants to stay and fight for his place at Old Trafford despite being offered to Barcelona this summer.

Van de Beek – signed by United for £34million from Ajax last summer – endured a tough start to life in England and made just 19 Premier League appearances last season, with 15 of them coming from the bench.

As a result, the playmaker has been linked with a number of top European clubs this summer, including big names in Spain, Italy and Germany.

FEATURE: Ramsdale next? World’s ten most expensive keepers ever ranked…

And according to Spanish outlet Sport, Barcelona have been offered the chance to sign the Netherlands international in the transfer window.

The Catalan side were reportedly interested and even considered offering centre-back Samuel Umtiti as part of the deal, but Van de Beek’s stance has put them off.

The midfielder is said to be keen on remaining at Old Trafford to fight for his place and prove himself in the Premier League.

But former Netherlands star Van de Vaart thinks his compatriot will be “lucky” to get into the Man Utd team again next season and has urged him to leave.

“He fitted perfectly into the Ajax system, but he doesn’t fit at United,” Van der Vaart told ESPN.

“If you have the opportunity to go to a team that suits you better and it’s an attractive team, I would definitely go for that.

“If nobody leaves United, he will have to be lucky to get into the starting eleven. He is far too good to sit on the bench for two seasons.

“He needs minutes very quickly. He’s still young, but time flies. A club like Borussia Dortmund would have been a better step for him. Manchester United is perhaps a step too high for him.”

Speaking back in January, Ole Gunnar Solskjaer insisted that he rates Van de Beek highly and sees him playing a big role at Man Utd.

“I’ve answered this question so many times,” Solskjaer said. “There’s so many examples of players needing a little bit of time, quality players.