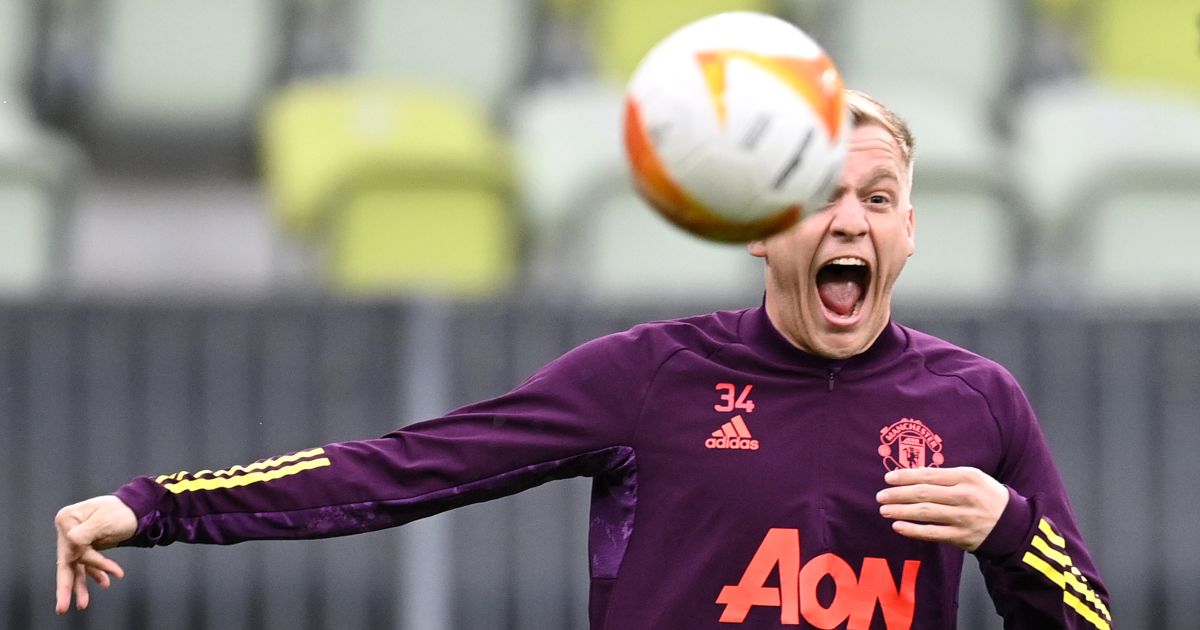 The Dutchman failed to make an impact in his first season at Old Trafford after his £40million move from Ajax.

The inspired form of Bruno Fernandes kept Van de Beek on the bench for the majority of the campaign, with Solskjaer unable to find a spot for him in the team.

And now Real Madrid, who were also interested in signing Van de Beek last summer, have made an approach to take him on loan, according to the Daily Star.

Madrid had got as far as agreeing personal terms on a move to the Bernabeu but were forced to pull out when they failed to move on some of their players.

But Madrid have kept in contact with Van de Beek and his advisers throughout the last year and have not been put off by his lack of game time for United.

The La Liga giants have been hit hard by the financial implications of Covid-19 and are reportedly keen to offer £2million to United for a season-long loan – during which they will also pay his wages – before making the deal permanent next summer.

United are said to be willing to do the deal if the permanent fee is close to the £40million they paid Ajax last summer.

DONNY DEAL BONUS
And Van de Beek could be pivotal in United’s attempts to sign Raphael Varane, claims The Sun.

United have been linked with a number of new centre-backs to partner Harry Maguire, but Varane is clearly Solskjaer’s first choice.

The Frenchman is thought to be keen on a move to Old Trafford and has reportedly set a deadline for a deal to be completed.

And Madrid’s interest in Van de Beek is thought to be a useful bargaining chip for United in any negotiations over Varane this summer and could provide the ‘wriggle room’ to drop the price a touch.

Madrid want £50million but United reckon £40million should be enough.

Reports last week suggested the Gunners were closing in on a deal to sign Aaron Ramsdale from Sheffield United.

But the Blades are under no pressure to sell England’s fourth choice stopper and are standing firm on their valuation, thought to be around £30million.

Arsenal are therefore assessing further options and have turned their attention to England’s second(?) choice.

Sam Johnstone enjoyed a fine season for West Brom, who would be willing to consider offers in region of £20million, according to the Daily Star.