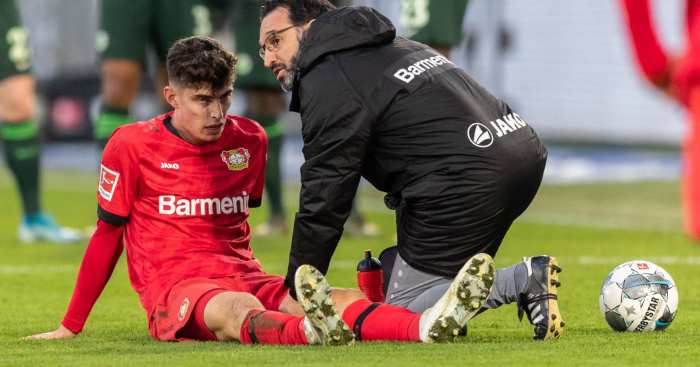 Manchester United are ‘very interested’ in Bayer Leverkusen midfielder Kai Havertz, according to reports in Germany.

The 20-year-old was linked with United at the end of October with the Daily Mirror saying that Man Utd signing him ahead of Europe’s leading clubs ‘would be a major coup’.

While United ‘believe it’s worth the investment’ as he ‘completely fits their identi-kit in age, talent, potential – and the X-factor ingredient [they] are looking for from future signings’.

Then in November, the Daily Star said that United boss Ole Gunnar Solskjaer ‘has made Havertz his No.1 target’ but that executive vice-chairman Ed Woodward will ‘wait until next summer to make his move’.

And now Sport Bild (via Sport Witness) claims that ‘the two Manchester clubs’ along with Bayern Munich, Barcelona, Real Madrid, Liverpool are all monitoring Havertz.