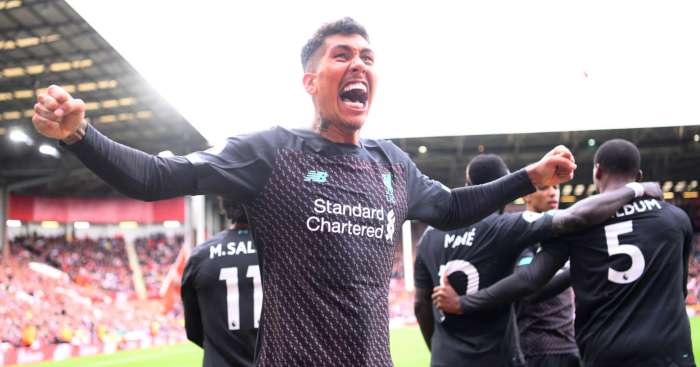 Only Sheffield United and Crystal Palace have a worse goalscoring record this season in the top 14 positions.

There have been rumours that United will bring in a striker in January, with Mario Mandzukic heavily linked, but Neville thinks they need a different type of striker.

Neville told Sky Sports: “I look at Firmino when he first came to England, I look at [Mohamed] Salah when he was first at Chelsea, I look at [Sadio] Mane. Sometimes players have to develop into what they are going to become.

“I think United want a striker like Firmino, like Son at Tottenham. I think [Solskjaer] wants that type of player.

“I don’t think he wants a typical striker who is basically going to be a Lukaku or a Costa.

“I think this club has always had strikers who can play in pairs, who contribute off the ball.

“I’ll make a point about Ruud van Nistelrooy. We won less championships with him at centre-forward than when we brought Louis Saha in to partner Wayne Rooney.

“He was nowhere near as good a finisher as Ruud or as good a striker as Ruud, but the team became better.

“And that’s my point, I don’t think Ole wants a striker like that; I think he wants a mobile striker.”