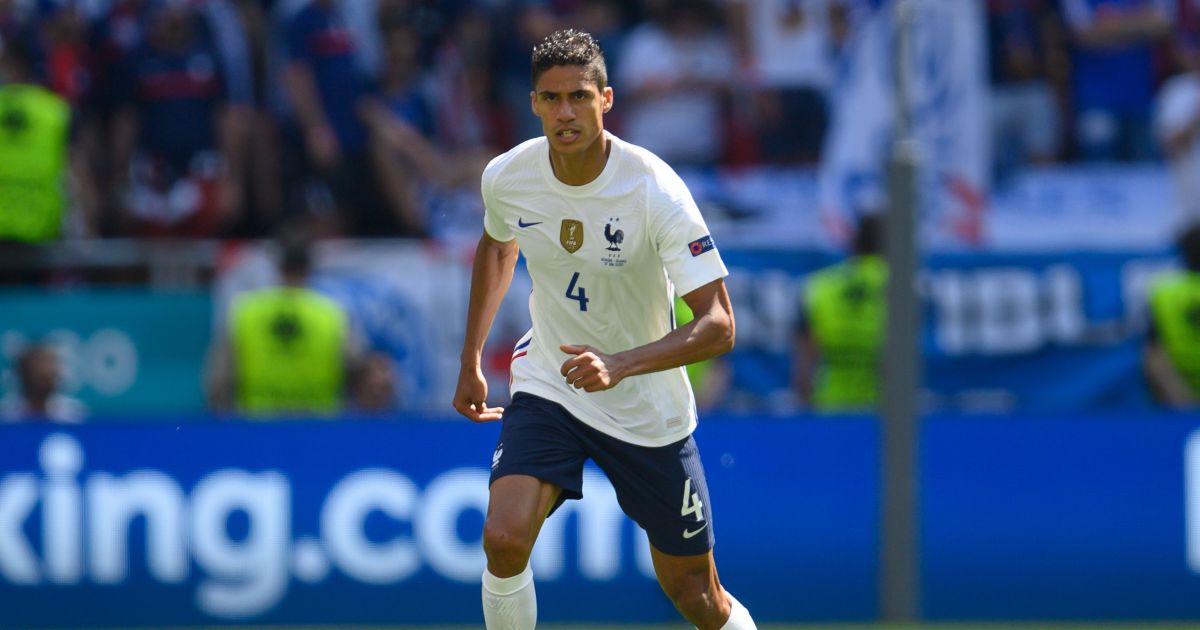 Man Utd are eyeing a third big signing this summer once they have a deal for Real Madrid defender Raphael Varane confirmed, according to reports.

The Red Devils seem to be getting their business done fairly early this summer after they agreed a fee for Borussia Dortmund winger Jadon Sancho earlier this month.

Yesterday it emerged that the England international has now completed his medical at Old Trafford and an official announcement was imminent.

With that deal tied up, their attention has reportedly turned to France international Varane, who is looking for a new challenge away from Real Madrid.

There have been mixed reports about how far along Man Utd are in sealing a deal with one report claiming Varane has ‘no problem’ waiting to join the Premier League side on a free transfer next summer.

However, transfer expert Fabrizio Romano yesterday confirmed that Man Utd ‘are now back in direct contact with Real Madrid’ over their interest in Varane ‘after opening talks weeks ago’.

He added that ‘negotiations on personal terms not an issue’ with Man Utd confirming ‘their intention to sign Varane – official bid in once they’ll know Real final position’.

Manchester United are now back in direct contact with Real Madrid for Raphaël Varane, after opening talks weeks ago. Negotiations on personal terms not an issue. 🔴 #MUFC

And that was backed up by local newspaper the Manchester Evening News with Varane apparently close to agreeing personal terms at Old Trafford.

But they also bring news that Man Utd ‘want to make a third significant signing’ after they have tied up a deal for Varane.

The report points to the Red Devils’ interest in Atletico Madrid defender Kieran Trippier as they eye some competition for Aaron Wan-Bissaka at right-back.

The Manchester Evening News adds that Man Utd – who have also signed Tom Heaton as a back-up goalkeeper – ‘are open to signing a midfielder before the transfer window closes on August 31.’