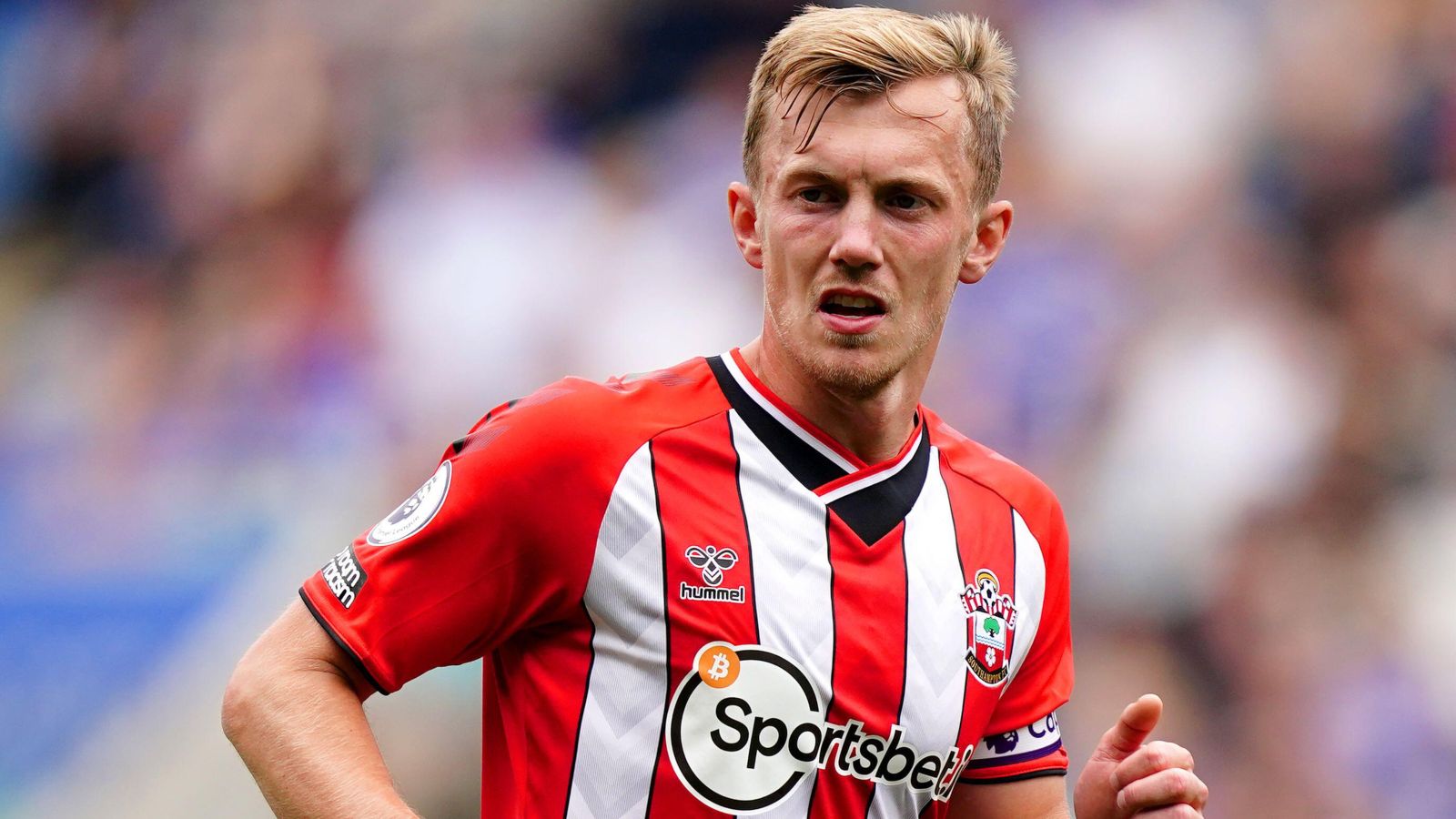 Man Utd are keeping tabs on Southampton captain James Ward-Prowse as they look to bring in at least one midfielder this summer, according to reports.

The 27-year-old had another brilliant season for the Saints under Ralph Hasenhuttl, providing 11 goals and seven assists from midfield in 41 appearances in all competitions.

He has long been linked with a move away from the St Mary’s Stadium with West Ham, Newcastle, Man Utd, Man City and Arsenal all linked over the last few months.

Hasenhuttl certainly doesn’t want to lose the England international with the German labelling him a “true winner” and “very exceptional”.

Responding to speculation over Ward-Prowse’s future, Hasenhuttl said in May: “He has another four years on his contract, he’s our captain and he’s happy here.”

“Fans love him and we know how important he is to our team. The development of his game is why he’s a true winner.

But they could still yet face pressure to sell him this summer with Neil Custis in his column for The Sun claiming that Ward-Prowse is ‘being monitored’ by Man Utd.

That comes after speculation at the beginning of May that the dead-ball specialist is among the names new Man Utd boss Erik ten Hag wants as he eyes two new central midfielders.

Custis also names Christian Eriksen as a player on United’s radar after a report said yesterday that Tottenham were ‘distancing themselves’ from speculation the Denmark international could join this summer.

Eriksen – who is available on a free transfer – spent the second half of the season at Premier League side Brentford and his brilliant performances have alerted a number of clubs to his services.

Brentford are keen to keep the Dane, who contributed one goals and four assists in 11 appearances in the Premier League, and the Bees’ boss Thomas Frank has revealed the 30-year-old will make a decision over his future in around two weeks.

Frank told Spanish publication AS (via Sport Witness): “I coached Eriksen in the youth ranks in Denmark. In October, my son called me: ‘Dad, why don’t you contact Christian? He has to play football again.’ I called Eriksen in December and asked him if he would consider playing football again at Brentford and he replied: ‘Funny thing is I thought of you too’.

“I never had any doubts that he would come back to a good level and now I hope we can retain him.”

On speculation Man Utd could sign Eriksen, Frank added: “I do not know. I know we still have a chance and I hope he will make a decision in two weeks. The agreement is that he will call me and tell me what he wants to do. He hasn’t decided yet.”