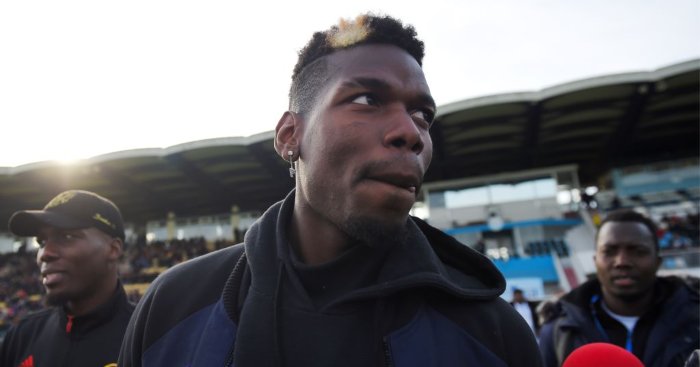 Manchester United have been warned against making Paul Pogba “angry” by a member of the midfielder’s entourage, according to reports in France.

There have been repeated claims that United want to sell Pogba but ESPN‘s well-connected United correspondent Rob Dawson claimed in March that United are positive about keeping the Frenchman after they trigger a one-year contract extension this summer.

However, AS (via Sport Witness) claims that Pogba is now ‘closer’ to signing for Real Madrid with contacts close to the player revealing to the Spanish publication that he prefers a move to Real than former club Juventus.

Man Utd have an option in Pogba’s contract that would allow them to extend the 27-year-old’s contract by a further year until June 2022.

AS argue that would be ‘illogical’ for Man Utd and by triggering that clause they are likely to ‘anger’ Pogba.

A source in Pogba’s entourage told the Spanish newspaper: “They would only make the player angry and have him unhappy for another year.”

A separate report in L’Equipe reckons that Pogba is still determined to leave Man Utd in the next transfer window but that he will not return to Juventus.

Instead, the report claims that Real Madrid is enticing him and that Pogba could even use FIFA’s Article 17 to leave Man Utd, which seems unlikely at this stage.