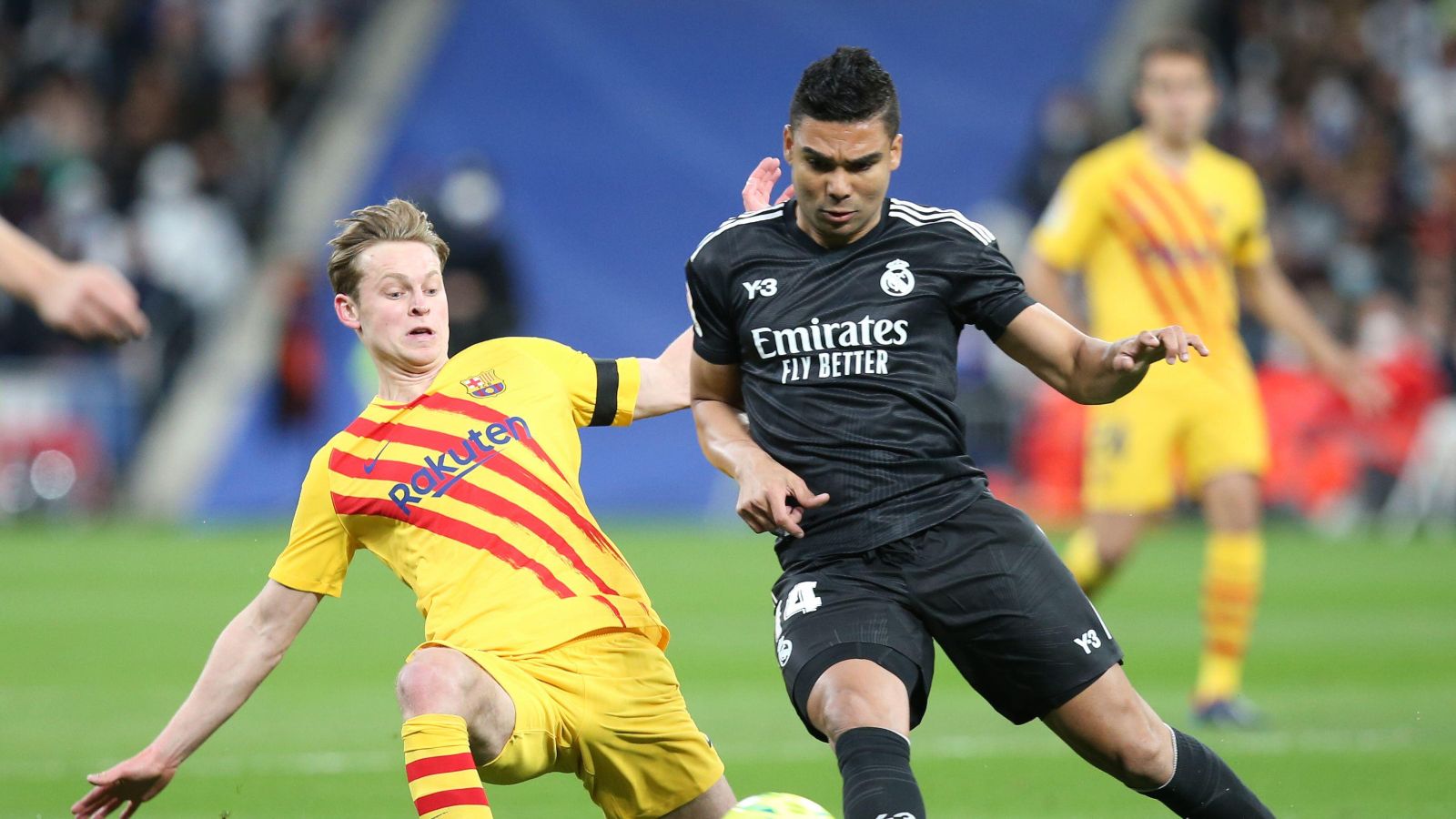 Man Utd have been warned that Casemiro is a “short-term” option after they reached a ‘full agreement’ with Real Madrid over the signing.

As it often is, it has been a barrel of laughs observing United’s frenzied actions in the transfer market this summer.

Cristiano Ronaldo’s petulance in demanding a move elsewhere and their pursuit of Frenkie de Jong has inevitably overshadowed everything else, though.

De Jong is no closer to leaving Barcelona than he was two months ago, so United now look to have turned their attention to other targets.

The Brazilian is recognised as one of the finest defensive midfielders in the world, though his status at Real Madrid has been threatened by the arrivals of Eduardo Camavinga and Aurelien Tchouameni.

Madrid boss Ancelotti confirmed on Friday afternoon that Casemiro has indeed decided to leave the club.

“He looks more like a short-term [option]. This looks like a Dutchman trying to put a finger in the dyke.

He added: “What would he bring? Well Brazil’a coach calls Casemiro his competitive leader, and how United need someone like that.

“Wonderful spatial awareness, can see the situation of the game and transfers the ball quickly and efficiently to the more talented attackers in front of him.

“He does have a lot to give, but does he want to give it to Manchester United? United are offering him a lot of money and security, but remember, we’re 100 days away from the World Cup.

“Does he want to rock the boat now? He’s got Fabinho of Liverpool breathing down his neck for his international place.

“I just wonder if in an ideal world, Casemiro would get this offer in January, rather than now.”

Casemiro partners Fred in midfield for Brazil and that is likely to continue at Old Trafford. Sorry, Scott McTominay.

Transfer guru Fabrizio Romano is reporting that United has a ‘full agreement’ with Casemiro over a four-year deal which includes an option for a further season.

Real Madrid have ‘accepted all the details’ with Man Utd to pay an initial €60m with an additional €10m being included in add-ons.

Romano adds that the player will undergo a medical this weekend. Provided that his medical and visa can be sorted without a hitch, the 30-year-old will become a United player next week.