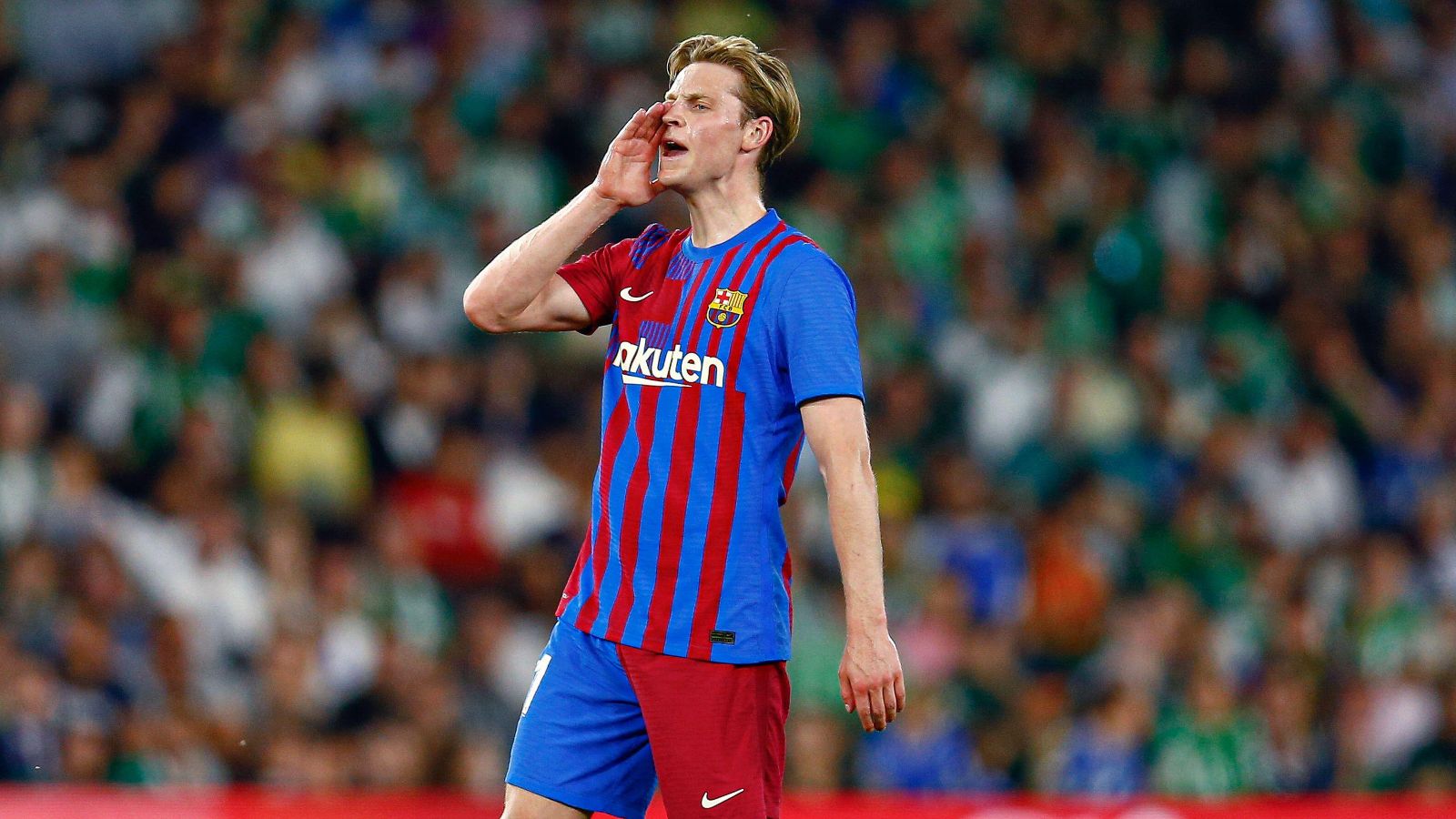 Man Utd are *finally* considering whether to give up on signing Frenkie de Jong as Chelsea are reportedly ramping up their interest.

It feels like an eternity ago that talk of De Jong going to Man Utd first started. We’ve all aged a lot since then.

United have pushed hard to sign the Dutchman this summer. This is surprising given that he has reportedly given no indication that he wants to move to Manchester.

This situation has been messy from the get-go, as Barcelona are understood to owe De Jong around £17m in unpaid wages.

This comes across as particularly snidey considering that the La Liga side have splashed out around £140m on new players this summer.

De Jong looks to be far more willing to join Chelsea than Man Utd, so the latter look to have wasted an awful lot of time for nothing.

Ex-Premier League striker Noel Whelan was ahead of the curve on this one. At the start of July, he suspected that De Jong was “waiting for a better option”:

“Man Utd aren’t in the position they used to be 10 years ago in terms of transfers,” Whelan told Football Insider.

“That’s due to not being in the Champions League and not being the dominant force anymore.

“Yes, they’re a big club, but people aren’t jumping at the chance to sign for them – they’re waiting for a better option to come their way.

“It must be very strange for United to deal with – because they’ve always gotten who they wanted when they wanted. That’s no longer the case.

“That’s the problem. They have to wait now, and the player has to be satisfied that Man United are going to be challenging and winning at the top of the table.

“At the moment, there are no guarantees that they will be. How are they going to get past those five teams?

“It might be Europa League football again – and that is now just the reality for Man United.”

If The Independent are to be believed, Man Utd have now come to their senses as they are ‘weighing up’ moving on from De Jong.

They report that United felt their pursuit of De Jong ‘could go down to the wire’, while Barcelona ‘expected him to be gone by now’.

Chelsea have seen an opportunity to snatch De Jong from under Man Utd’s nose and they look primed to do that.

Talks between the Blues and Barcelona have ‘reached new levels in the last few days’. The Spanish outfit are trying to ‘accelerate’ De Jong’s exit. His name has also been brought up in separate discussions regarding Cesar Azpilicueta and Marcos Alonso.

Over at United, it has been claimed that they are looking at Wolves midfielder Ruben Neves as an alternative to De Jong.